The beauty of nature on the
Cape's west coast 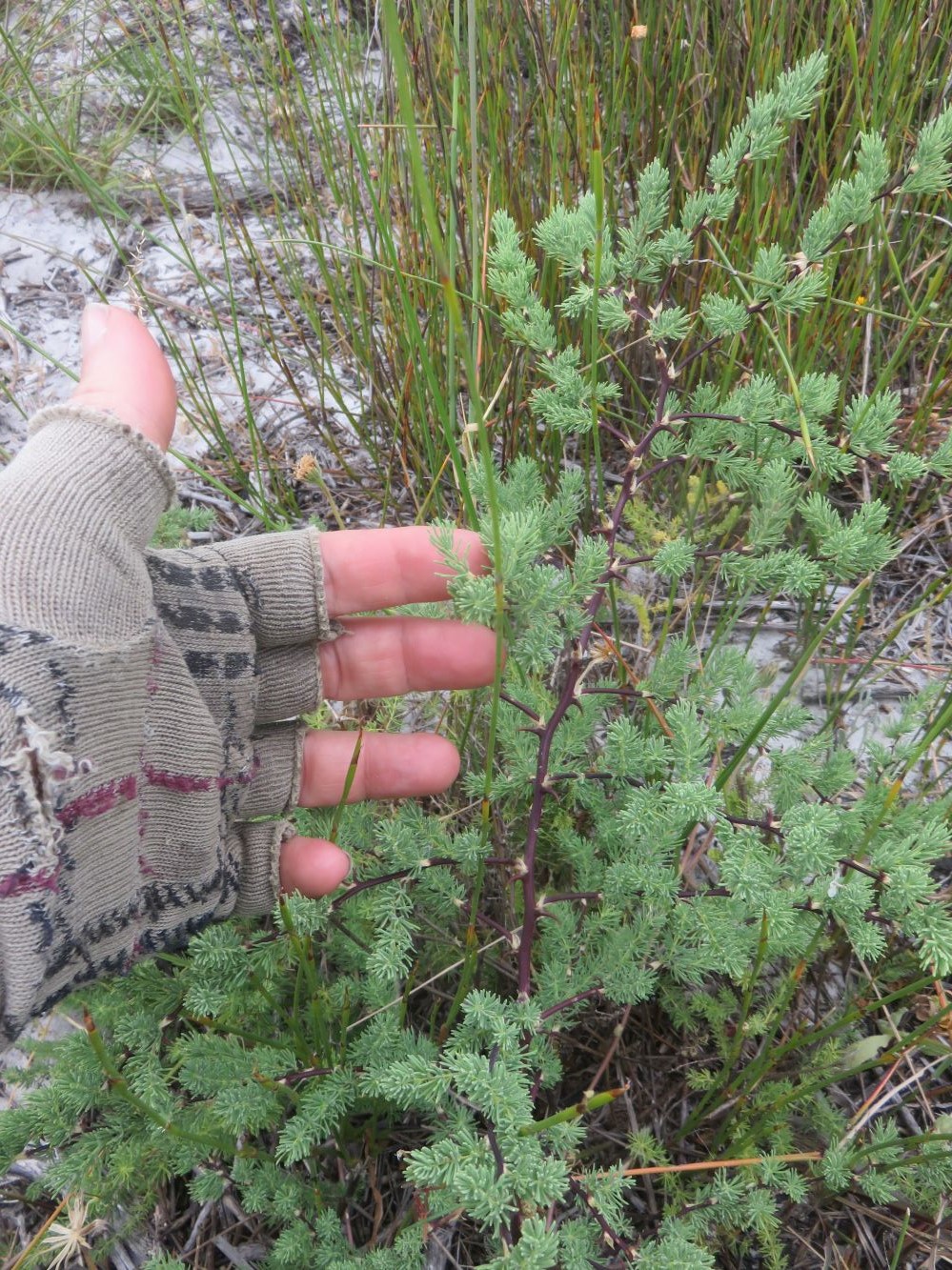 The beauty of nature on the Cape's west coast can be experienced by anyone who finds themselves there and is open to the experience. Recently I took a trip up the west coast with my uncle and aunt and mother who is 90. My mother used to collect plant specimens in the area to identify them and compile species lists of plants on west coast farms. So, we all decided to give her a chance to remember the days of her force and strength, and to see old friends who had helped her find her way. She was not a botanist, but an entomologist by training and she did all of this without payment. Her efforts, and the conservationist farmers of the region, helped to bring the diversity of the West Coast flora to the attention of experts at Kirstenbosch. After she had compiled lists for many farms and helped with many projects my mother was given a Cape Times medal for amateur conservation. 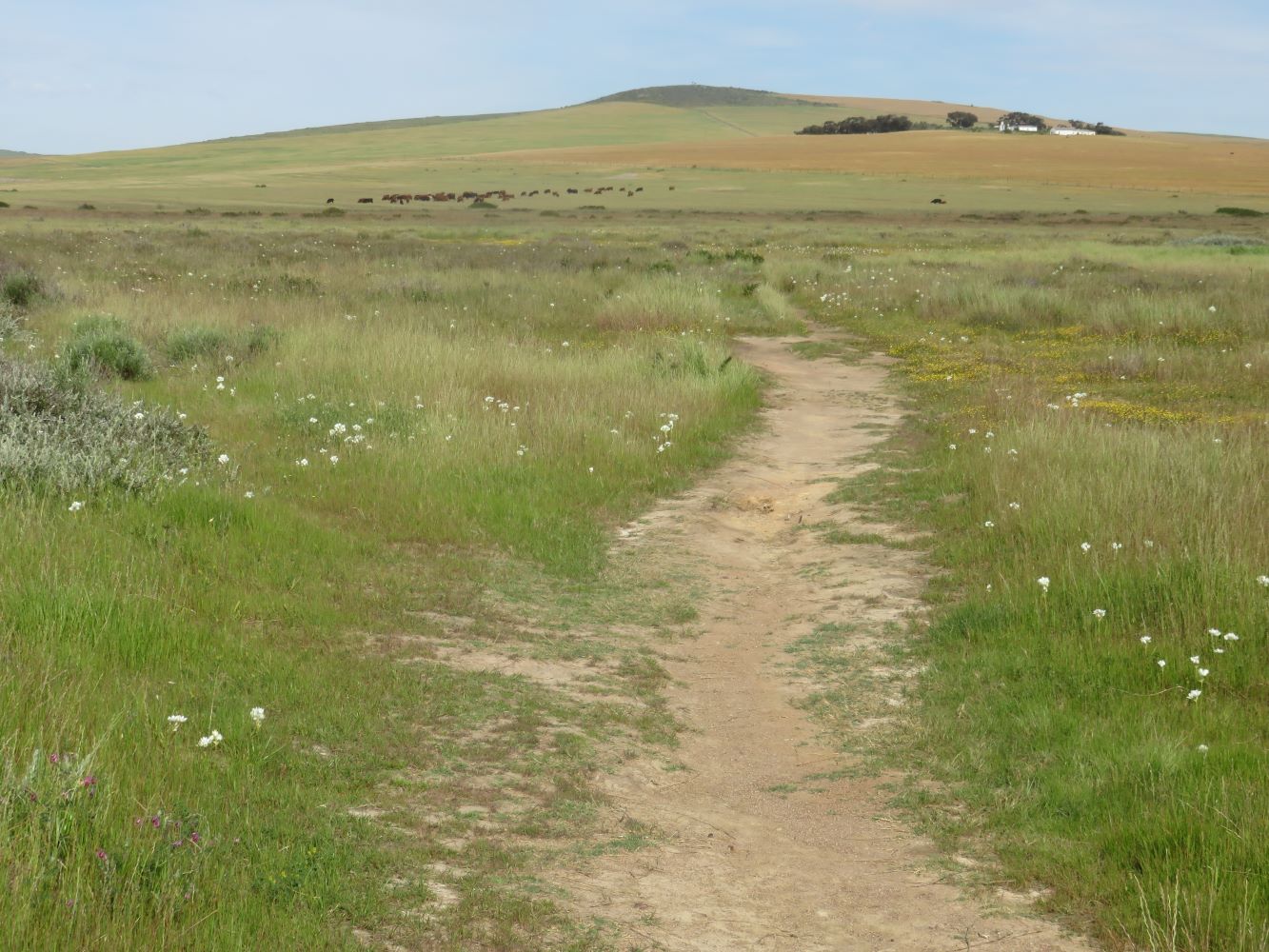 This land was left to the nation as a wild flower reserve by my grand uncle Tinie Versfeld.

The beauty of nature on the west coast is a siren song. For those who have ears to hear !

We all won that medal though. What many people such as the botanists, farmers, ecologists, conservationists, botanical NPO members and other amateur botanists, distant family and community members she dealt with during all of this do not realize is the impact my mother's conservation activism had on family resources, behind the scenes, for two decades.

She stopped working as a programmer, which she was in the early days before google even existed, and devoted all her time to collecting, studying plants under the microscope with a key open by her side, pressing specimens, negotiating and dealing with people at the herbarium and National Botanical garden, writing polemical articles and pouring tons of energy into overcoming resistance from the public, some farmers, and most of the botanical people who treated her disparagingly a lot of the time, especially at first. These interpersonal public conflicts took up all our energy, and for most of the year everything else was put on the back burner as she got ready for the flower season. 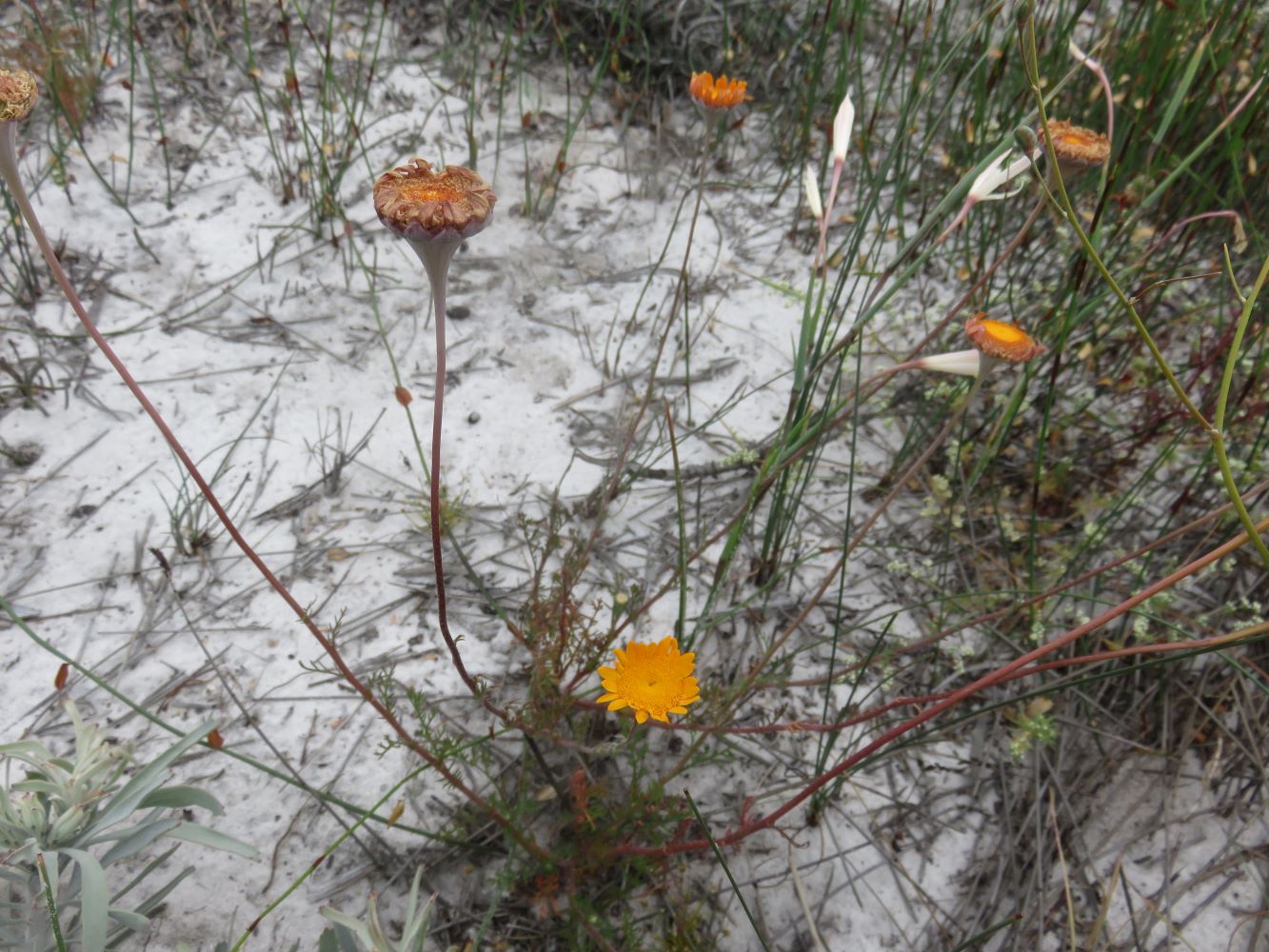 Cotula duckettii in a natural habitat of windblown sand

My mother did not do her activism alone. Everyone in the immediate family made sacrifices for my mom to do what she did. We did it because we supported what she was doing and also wanted to raise awareness of local flora and fight against the global loss of diversity which we experienced with all our senses as we went on the journey with her.

We lost our mother to the cause, and her attention to actors in her world. Money was tight and we had to make hard decisions. It is as if we became shadows on the periphery of the issues. Today, if we ever speak of botany, we are treated with surprise, as if a chair spoke up. But we heard the raw version of everything. The ten minutes that other people may have listened to my mother can be translated into hours of listening on our part. Any 'knowledge' she had we got in bucket loads form every angle. I'm sure its the same for many of the children of activists and knowledge bearers of all kinds. 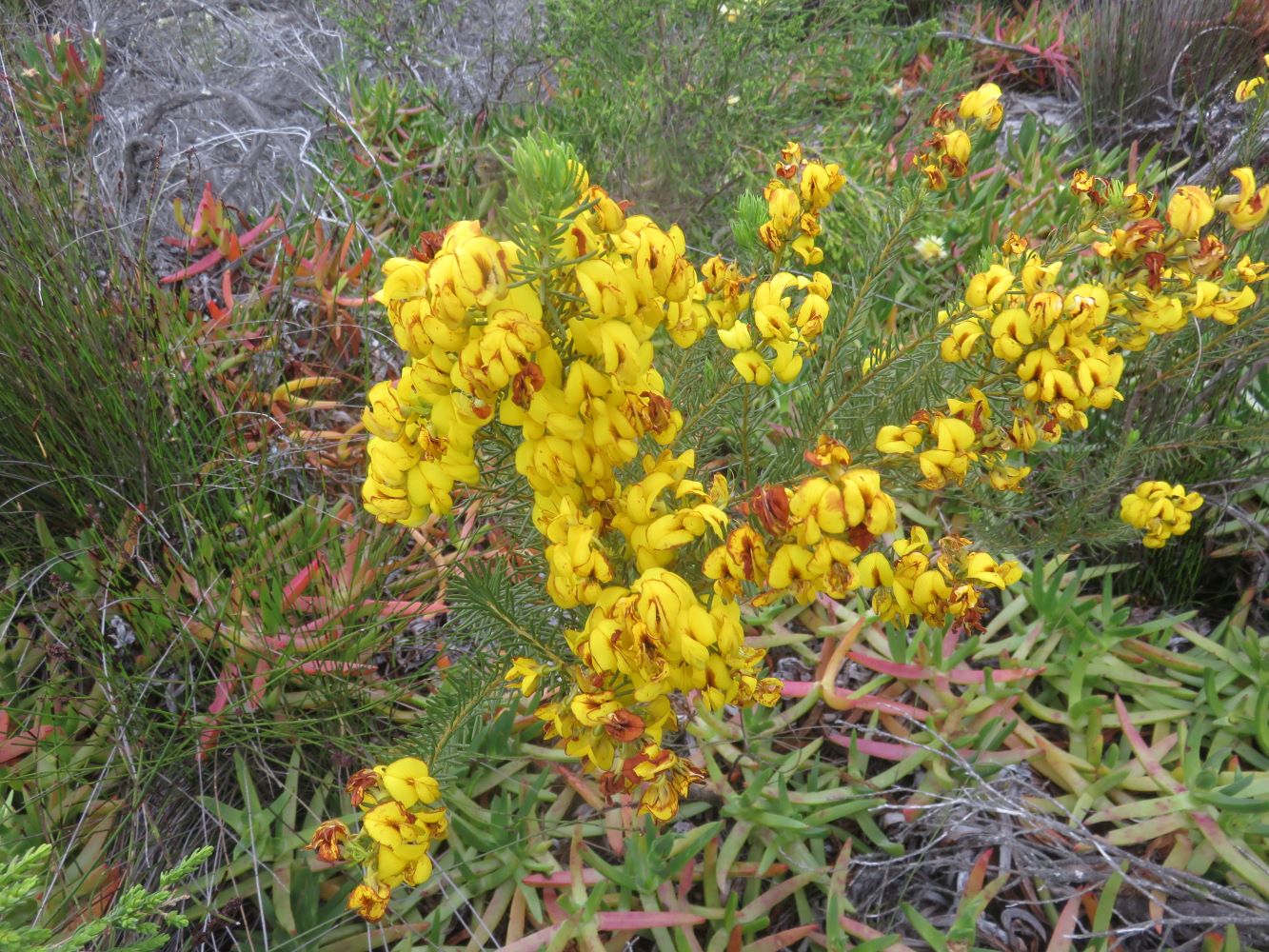 Cyclopea or honeybush. It is used to make the most delicious tea in the world.

The beauty of nature that once was

I remember going on one of my first trips with my mother when I was 22 and I'm now 62. So much has changed, and mostly the development beyond Milnerton and around Rietvlei and the lagoon, Big Bay, Grotto and Koeberg has changed wilderness to suburbia. In my lifetime rampant urbanization has impacted these areas and seeing them awakens an inconsolable pain in my soul. I try not to look out of the window as we drive past, or remember how I took a quick, much-needed break behind a restio bush in the veld, and felt the salty sea wind blow on my cheeks, where now there are palm trees and malls and only petrol fumes would caress those cheeks, before I quickly got arrested for exposing them.

The bounty and the beauty of nature 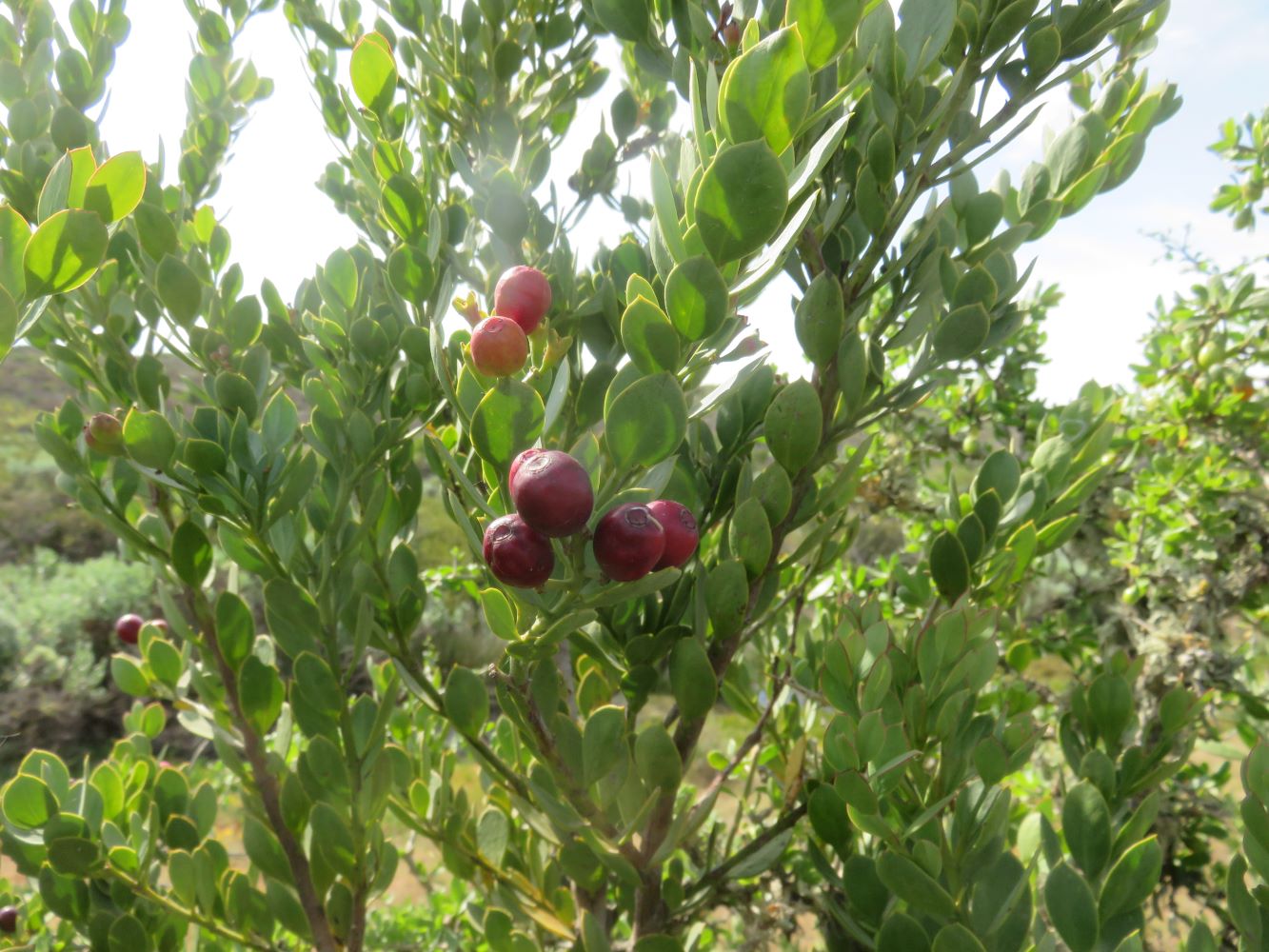 Colpoon, a delicious berry enjoyed by humans since the dawn of time.

On this day we headed up the N7 to Malmesbury, coming into Darling, the home of my maternal ancestry, on the R315. We visited Weylands, stopped to buy something at the butcher, and then continued on the R315 to the coast road and took the R27 south bound past Rondeberg Private Nature Reserve and then home. 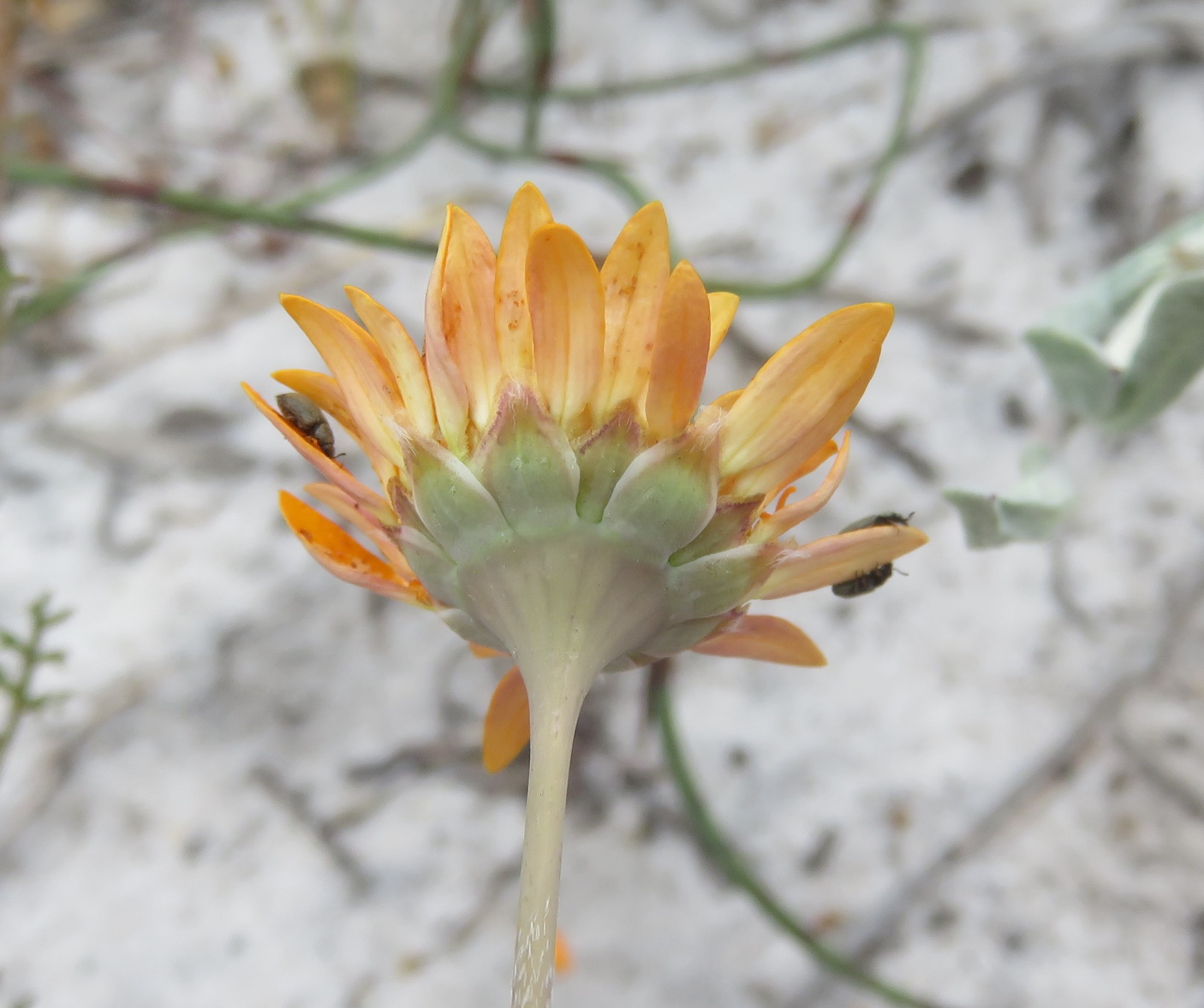 My interest in plants does not center around Latin binomials and list making, or new records and red data species. I think the ecological role of the plants much more compellingly interesting, especially how they can aid in maintaining ecological diversity in the face of the onslaught of urbanization and agriculture.

I want to know which plants are the best pioneers for soil restoration, which support the greatest diversity of pollinators, which have relationships of dependence with these pollinators and need them to survive, which support herbivorous insects and fructivorous birds, which plants have negative allelopathic relationships, and which have microbial relationships with the soil. I want to know the wild legumes, and whether they are good nitrogen fixers, and I also want to find out about edibles, and learn how to grow all of these, sometimes tricky plants, with the goal of regeneration and restoration of urban spaces in mind. I hope the photographs I have chosen reflect this and you enjoy reading about them. 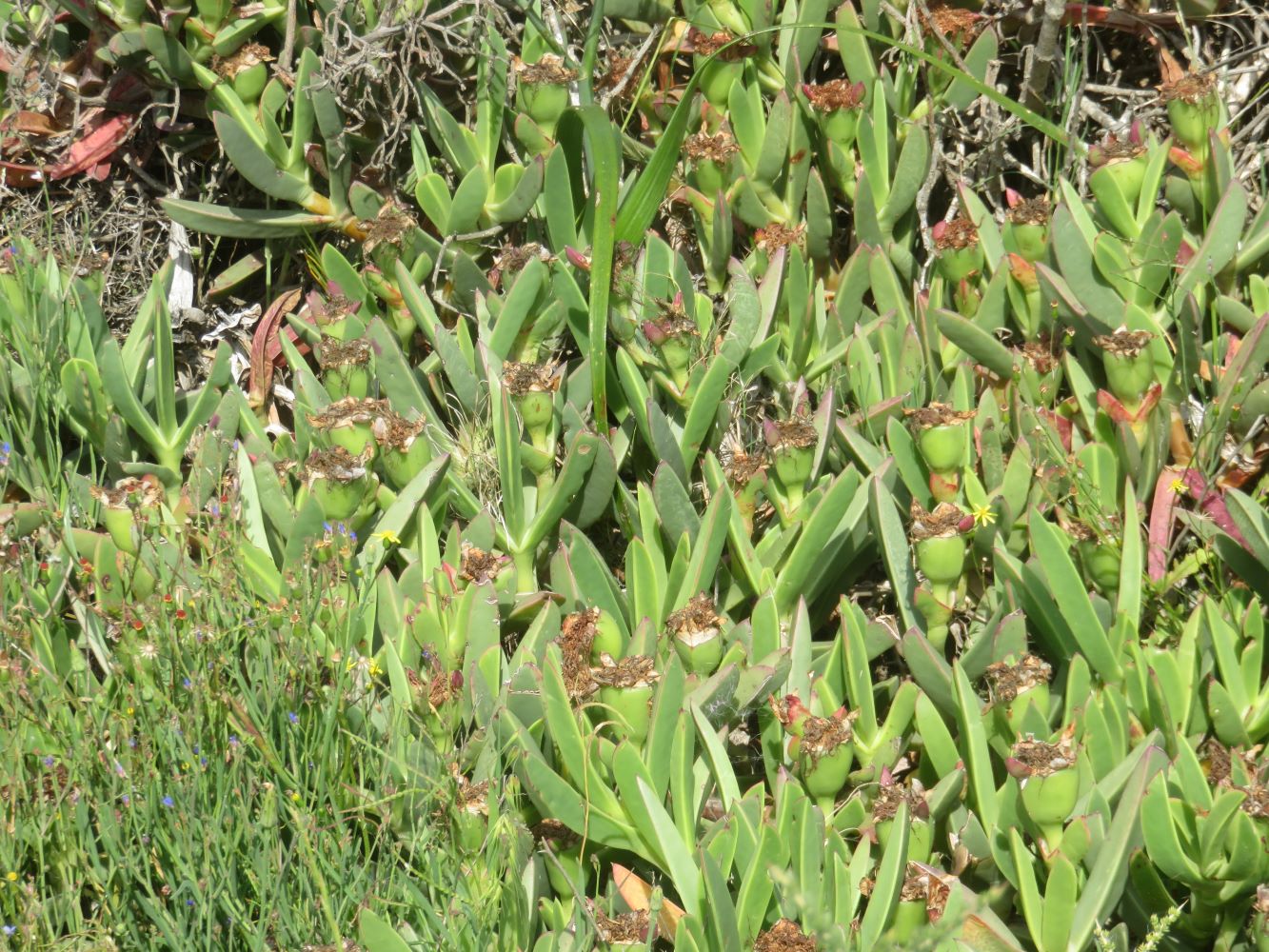 Carpobrotus: Oodles of green fruit that will ripen into brown leather pouches and delight animals and humans with their slippery, slurpy, salty, seedy insides.

A visit to the Cape Flats Nature reserve and a small mammal survey.