Precolonial Mayan agriculture must have been incredibly diverse. Mexico gave many new crops and to the world, painstakingly domesticated by Maya farmers before recorded history. 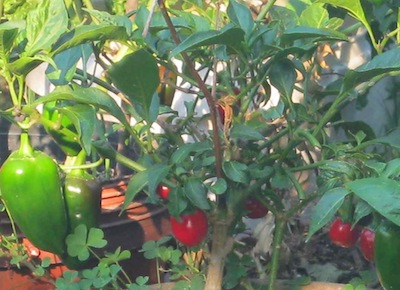 The global importance of
Mayan agriculture

The importance of Mayan agriculture to global food production and style is not to be underestimated.

Without these foods first tamed by the Maya, the world would starve, because global agriculture is hugely based on what were originally meso American crops.

The origins of the diversity of plants in Mayan agriculture

The greatest genetic diversity of these plant groups providing so much for global food production is found in the areas of origin. The world needs to protect this diversity for the sake of its own survival. 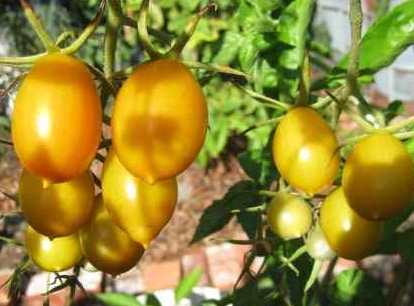 the first tomatoes looked like these, small and a yellow

In accordance with global patterns, the Maya were hunter gatherers first and then their economy shifted to agriculture. They have exploited the plants of the region for at least nine thousand years, and were already collecting chili peppers to spice their food that long ago.

The main crops of
Mayan agriculture

The first staple carbohydrate food was Agave. The domestication of maize came later, about 3200 years ago. From the very beginning the Maya treated maize with alkalis in the form of wood ash, a process called nixtamalization, which liberates B vitamins and proteins and makes the maize dough more workable and elastic and less crumbly. Quite another creature to the Krummelpap we know here in South Africa ! I use the word creature with more than poetic license.The ancient Maya believed we were all crafted out of maize dough on the day of creation.

The sustainability of
Mayan agriculture

Agricultural techniques were varied, and some were so advanced in terms of being eco friendly that we could learn from them today. The Maya kept forest gardens called pet kot, surrounded by low stone walls, probably to catch rain and allow it to penetrate and replenish groundwater. Other sustainable practices were to use very diverse plantings, as in permaculture, as well as crop rotation. These both reduce pathogen and pest populations, and avoid nutritional shortfalls in the soil and the plants. They also practiced swidden agriculture (slash and burn) which is more damaging, but not if the human population and thus exploitation is very low and the swidden plots become overgrown by forest before being burned again. The Maya grew some plants close to human habitation and others in more distant locations. They kept kitchen plots, and built terraces, raised fields, check dams (catching flood waters in downpours) and drained fields and used many forms of irrigation. 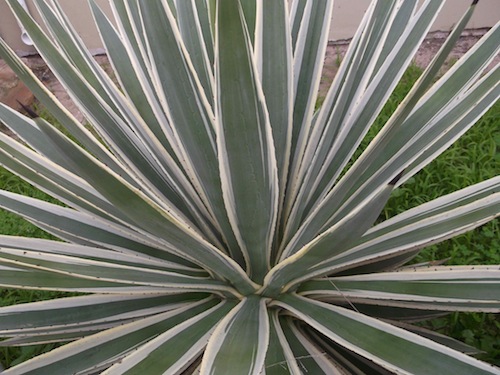 yes, you could eat this it was the first staple of Mayan agriculture

The Maya used tree agriculture for food much more so than peoples in Asia and Europe. Some of their many tree crops were grown in food forests and included cocoa, avocado (the fruit are eaten and the dried leaves used as a herb or spice), breadnut (Brosium alicstrum, whose nuts could be used to make bread), guava, soursop (Anona muricata, and A. cherimola the custard apple, rumoured to be the most delicious fruit ever), mammee apple (Mammea americana, a small fruit with orange flesh), papaya, Chaya (Cnidoscolus aconitifolius, of which the leaves are the vegetable) achiote (Bixa orellana which is used for its red coloring and its seed called annatto seed as a spice), canella (Canella winterana with aromatic bark) and allspice (Pimenta dioica). 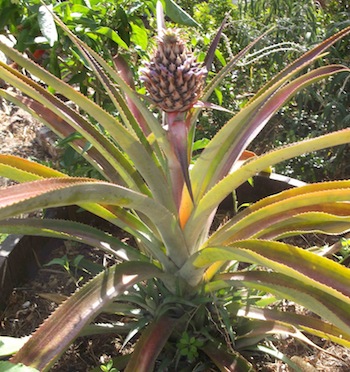 Not Hawaiian, but Mayan agriculture. A young pineapple with mauve nectar filled flowers in our garden

Short plants which may have been cultivated in kitchen gardens were chili, peppers, epazote (Dysphania amrosioides, a fragrant type of Amarinth), hoja santa (Piper auritum, whose large spicy leaves are used to make green mole and to wrap tamales) mexican oregano (Lippia graveolens), tomatillos (Physalis philadelphica) and taro (Colocasia esculenta, which likes riparian or river bank lands and is a distant relative of our own Arum, Varkblom, or Calla lilly, whose tubers were also eaten long ago). Two spiny succulents known to the Maya that reproduce themselves prolifically in the right conditions are the pineapple (Ananas comosus) and agave (various Agave species) which are known to have been grown in domestic gardens, along with cotton.

The Maya grew climbing plants too, such as bean varieties, from pinto to red and black beans, tomatoes, sweet potatoes, pumpkins and other cucurbits like  Chayote (Sechium edule, a sweet squash that according to an Austrian scandal replaces the apples in Macdonalds apple pie, and whose fruit the Maya also enjoyed, as well as its tender green tips). Vanilla and garlic vine (Mansoa alliacea, a lilac flowered Bignonia type) were spices they used and could have been cultivated in forest gardens or harvested in the wild. 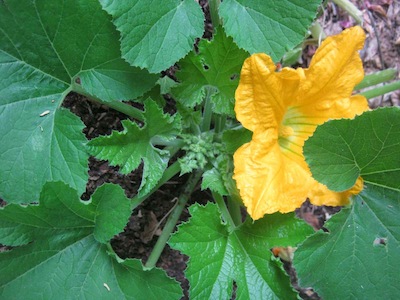 During the climax of the Maya civilization, the people enjoyed very varied food sources, from wild meat and sea food, to domesticated animal foods, staples like maize and countless different vegetable crops produced by Mayan agriculture, from kitchen to forest gardens and plant foods harvested in the wild.

The primary foods they domesticated were maize, cucurbits, beans and chili varieties. The three sisters, a famous plant companionship, as they thrive together, as well as supplementing one another in terms of human nutrition, are maize, squash and beans, and were grown together. One covers the ground, one grows tall and the other grows up it. This is called storeyed planting in permaculture. The N fixing beans also help the heavy feeding maize and squash to do better. Chapalote-Nal-Tel was the favourite maize species for domestication. Six different types of wild corn were domesticated in the Americas from their grass like ancestors, in multiple domestication events. Manioc also know as Cassava or Taro may have been another staple crop but it leaves no archaeological trace. It has become naturalized along rivers even here in South Africa, and may have grown quite easily in wet regions. 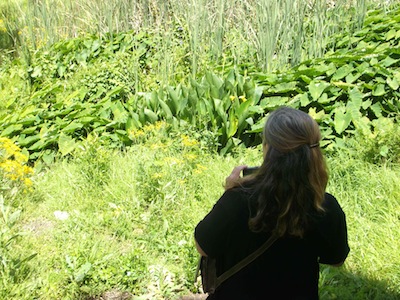 The determination of the main carbohydrate food source at the time is also harder considering that taro rots away without a residue, but the plant foods do leave traces in bone chemistry. These show a slow rise in maize use, and then a peak and a rapid decline after the maximum population was reached in the area of Maya habitation in Mexico. Stable isotope analysis of skeletal remains reveals that maize comprised 50% of the diet in 2500 BC, but was often consumed more by adult noblemen than women and children, depending on the region. By the peak of the Maya era it was at 77% and then fell off to 10% at the end of the Classic, leaving much speculation as to why.

When the Spanish came to Mexico, its said that many of the cities of the Maya lay abandoned, and were easily conquered. Food, specifically maize is blamed sometimes. The story goes that the population explosion of the Maya outran food production and then crashed. I think there are so many other possible reasons, from flight to European viruses, and the maize story blames the depopulation of the Maya cities on their inhabitants and their own lack of foresight. I will have reservations until I’ve thoroughly checked up on the ideologies of all concerned in this history production, including research scientists. In the discourses on conquest on has to be careful of disguised pro conquerer agendas. We also have an ‘empty land’ discourse in South Africa, which is a model of historical distortion.