Reduce garden snails by letting nature take care of them 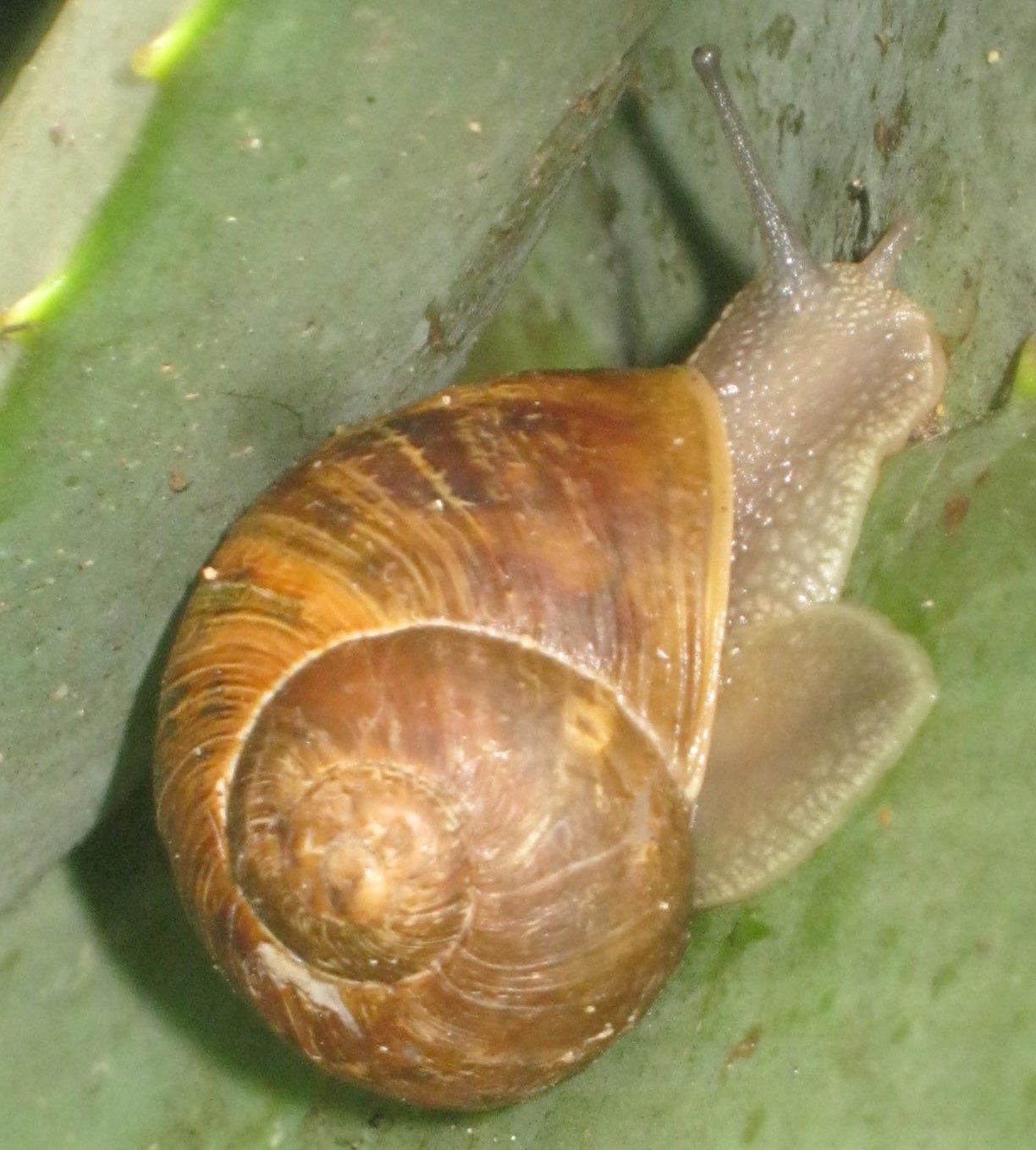 A great reference book for IPM, waterwise gardening, increasing the biodiversity of your garden and more.

If you have trouble with garden snails in Cape Town or the Western Cape, I've some good news, and it may also inspire similar actions in other parts of the world. This is knowledge I never had until I stumbled on a lovely book in our local library: Bring Nature back to your Garden by Charles and Julia Botha. It is a book written for South Africans and its really strong on indigenous plants that draw butterflies. It has a useful 53 page set of plant lists at the back detailing our plants under various functions including human food, and drought resistance, and a 12 page list of caterpillar to plant relationships, which are often quite specific. They appear to have written on other regions of South Africa too. Its a fabulous resource. I will write more on the butterflies in another article. What was really illuminating for me was their information on snails. 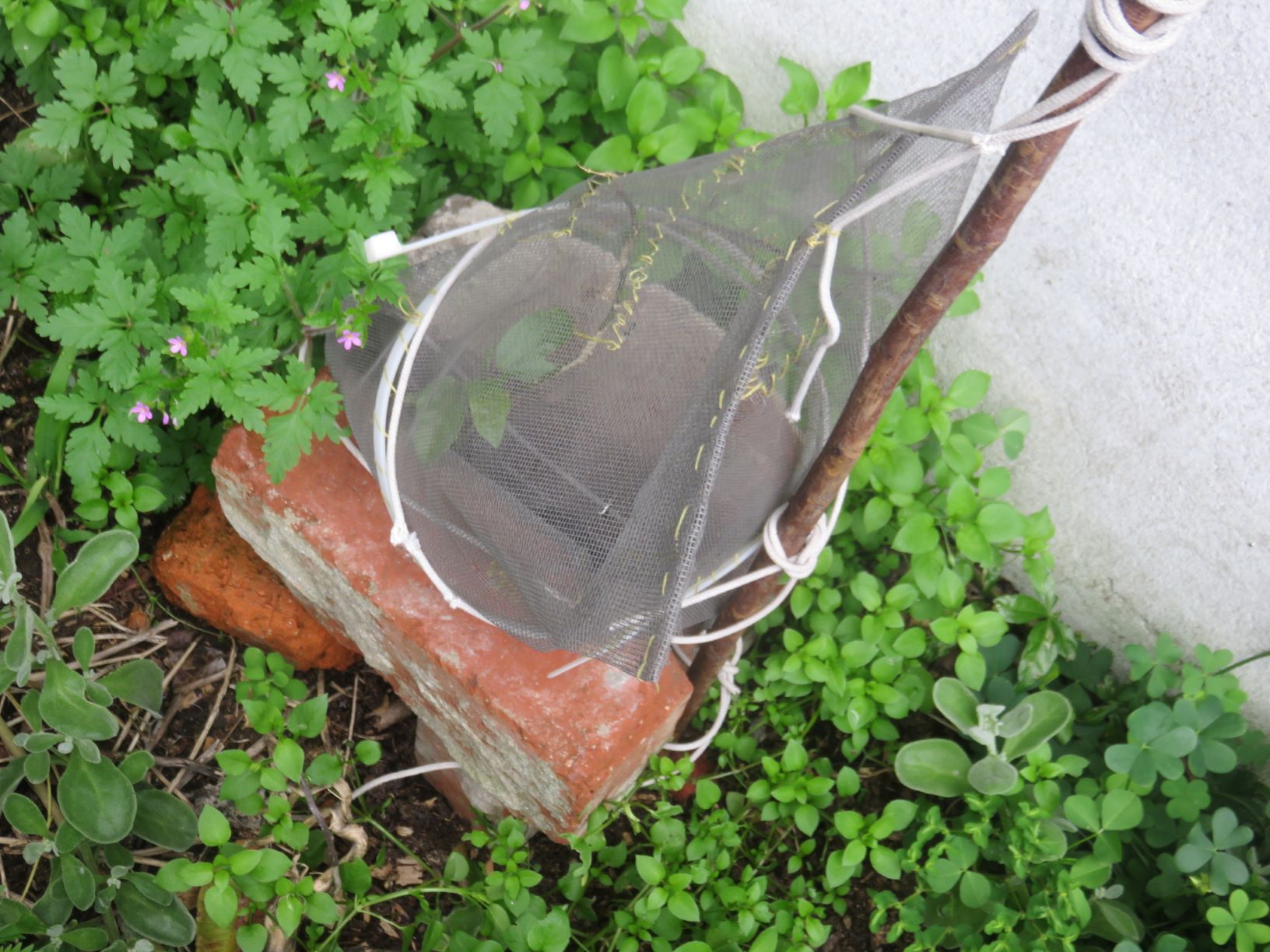 The lost war against garden snails

Like most Capetonians I've struggled with snails eating my green vegetables, my tender young grenadilla vines and more in the rainy growing season. We've hunted them, we've trapped them with fermenting fruit and beer, we feed them to the fish, we've even thought of eating them, and we've frozen them. But we never seem to achieve the low population that is desired. When it rains, armies of snails crawl up our house walls eating the paint, but mostly they are never seen, as they forage at night. Only the destruction they wreak is in evidence. I did do something effective, but its an intensive thing not applicable on a large scale. I made a sock of fly screen gauze to protect my grenadilla vines. You can see the progress on this facebook post. It is working again, for the second time. The first vine recovered and is flourishing. I'll post visual proof below.

Vegan's I know what I do to snails is bad, but now we will never have to do this again. No gardener need ever kill a snail again, and should still be able to enjoy their greens, if the theory in this book bears out in the garden. 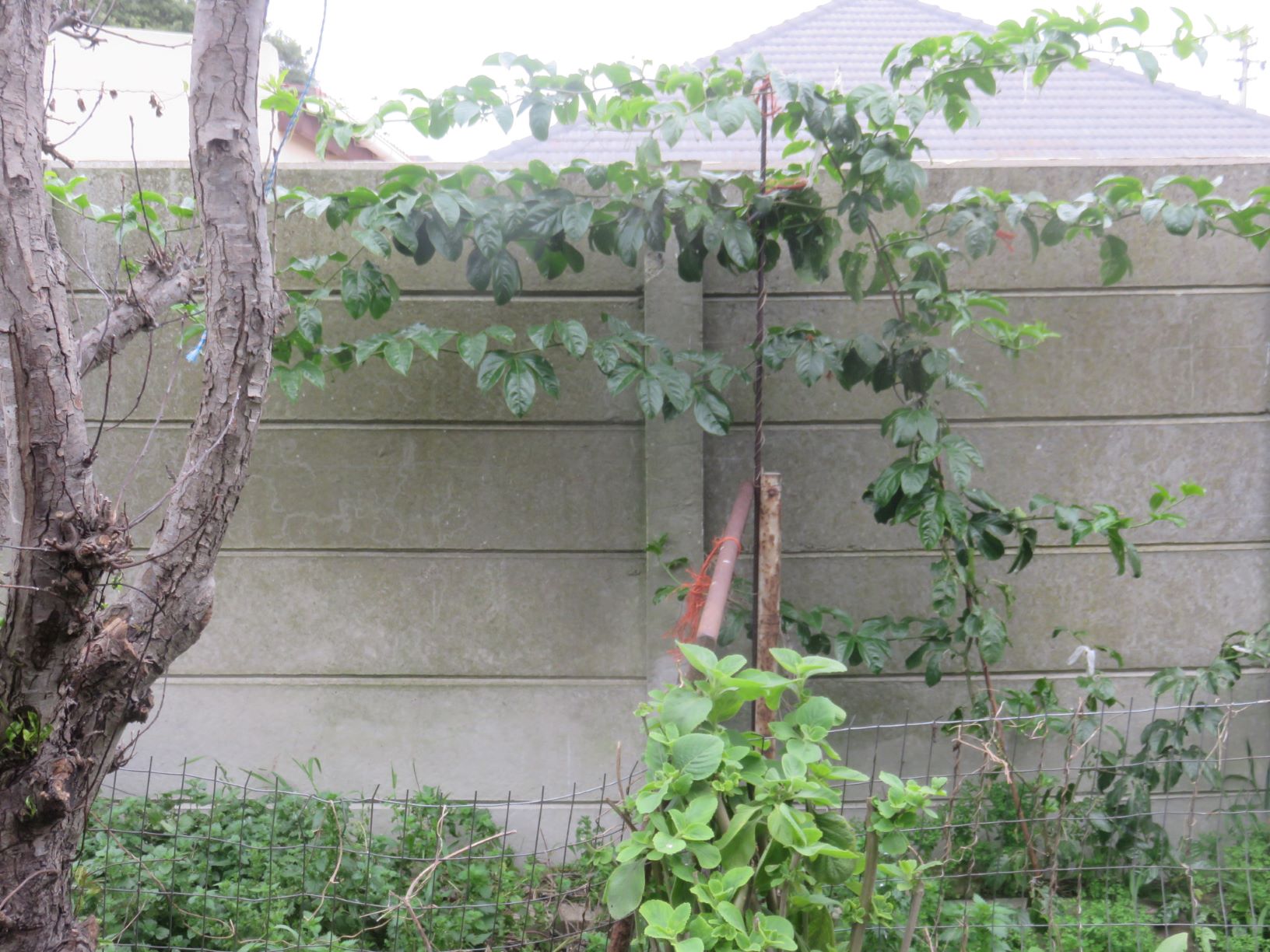 Nearly a year later, the vine which had all its leaves stripped is thriving

The Botha's book spoke of different kinds of snails and herein lies the solution. There are alien imports which have really taken over, like Helix aspersa, which is large and vegetarian (the European garden snail pictured at the top of this page. It is edible) and there are small local herbivorous snails too, but there are also native carnivorous snails. If you just let your herbivore snail population get large enough, the carnivores will arrive, like lions on the Serengeti, and help to bring down the snail population. Only patience is required and indigenous snails will come to your rescue ! You can carry on the tradition of Attenborough. 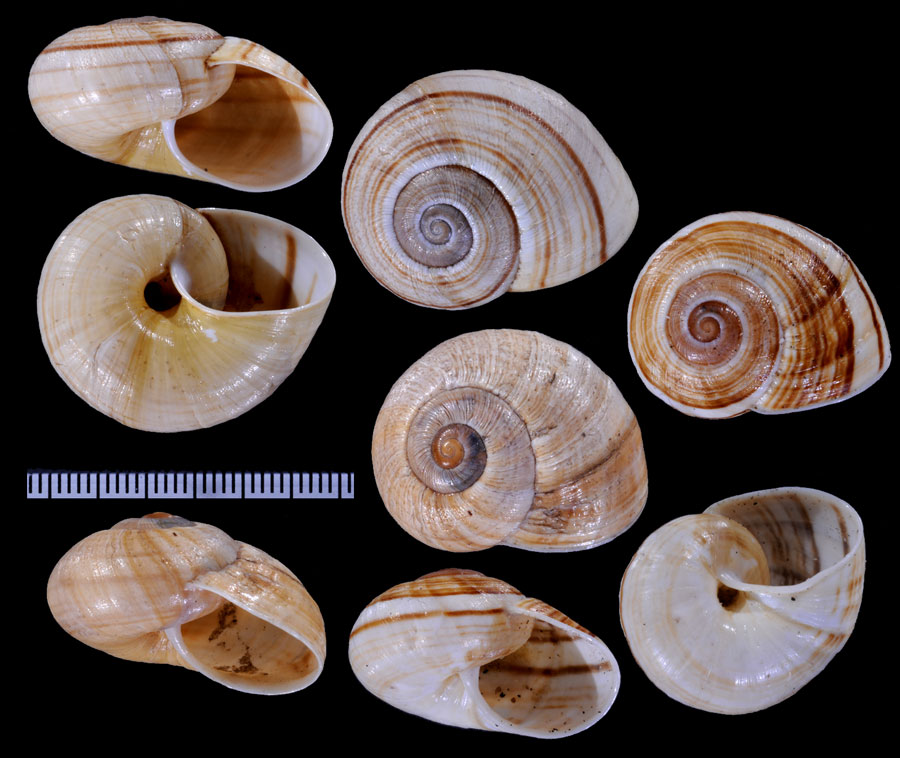 The mistake I've been making is to get rid of all the snails, when I saw them, and especially to dispose of the carnivores, as I mistakenly believed all snails to be herbivores. What a bull in a china-shop I was, destroying the natural ecology that was trying to reestablish itself and help me. Its a profound lesson. We don't have to be cruel and we don't have to interfere too much. And a plague of snails is a blessing from nature, because it will lure the solution to your garden. 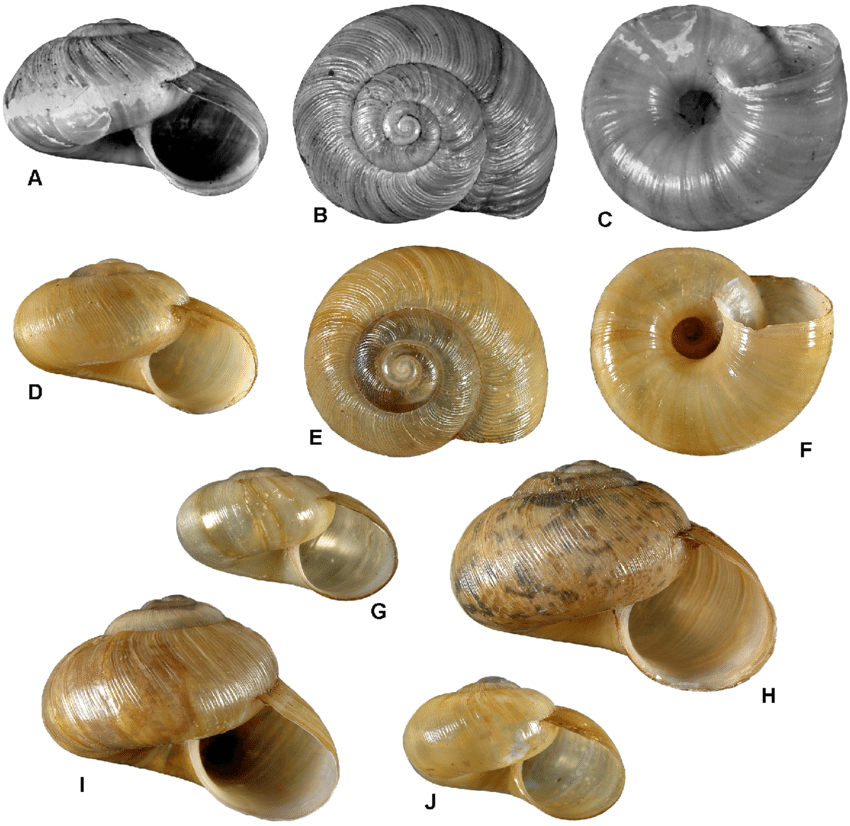 Introducing:
Your friends the garden snails

The snails that eat other snails will be found everywhere in the world, I'm sure. In this region they are Nata dumeticola, found from Saldanaha Bay south, and Nata vernicosa, which is wide spread, even in the Karoo desert. Their shells are flatter than Helix, slightly yellower and have a clear round hole, or umbilicus at the bottom. Then there is Natalina schaerfiae which occurs between the mountains and the sea. The genus Natalina is an ancient Gondwana genus, so there may be other carnivorous snails of this genus in other continents. It is very secretive, and about the size of a five rand coin. These snails do not breed as fast as Helix aspersa, but they will follow where the population of Helix gets high and tips the balance. When the population of carnivores gets high and the herbivores are reduced, you can give some of the carnivores to your friends ! This is not only socially rewarding but ecologically sensible, because without enough herbivores as food the carnivores will start to eat each other. 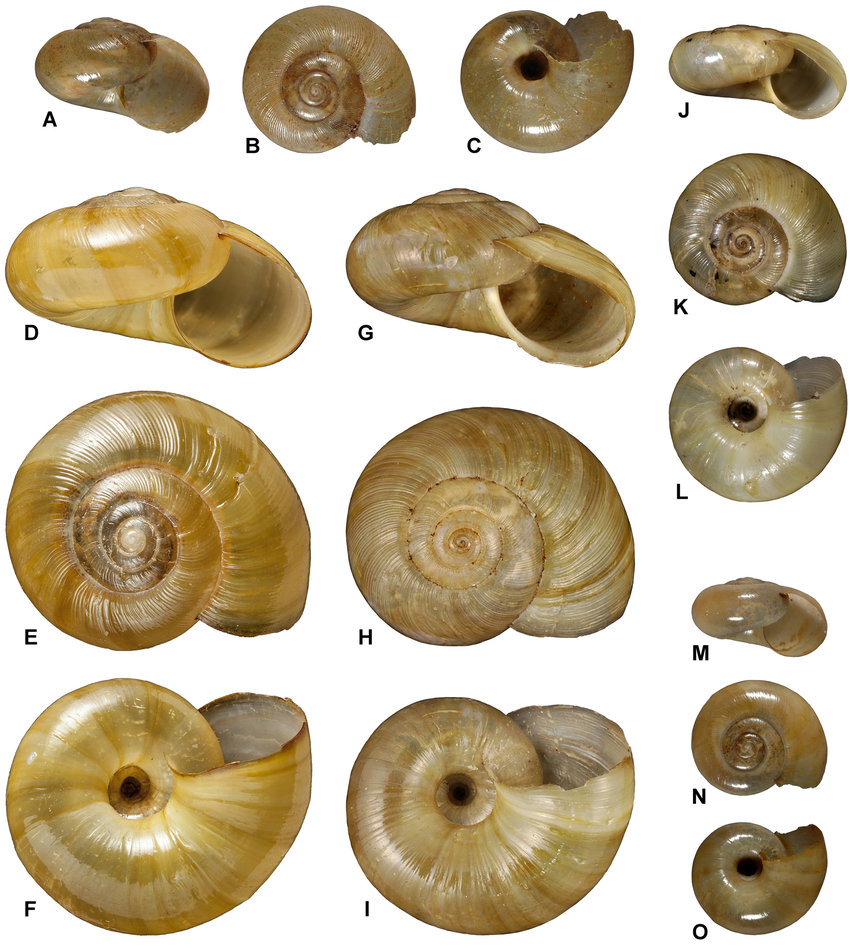 I've taken pictures off google images, so that you can identify the good snails, and will replace them with my own pictures, if and when I see the creatures, and have a decent photograph for identification. These are actually photographs of the type specimens. I hope the photographers will understand the ecological purpose of this. I couldn't find their names or accreditation details on the photographs and would be glad to credit the photographers, or remove pictures.

In the many months since writing this article, I have seen only a couple of Natalina schaerfiae, but the appearance of Nata vernicosa is very familiar to me, from decades back in the garden of my childhood. What could have happened ? N. schaerfiae used to be seen in much greater numbers especially in sandy wilder areas. It is possible that snail poisons and changing landscape use have slowly reduced their numbers almost to extinction, but this is just a suspicion. Insect diversity is plummeting worldwide, why not snail diversity ?

A much maligned helper 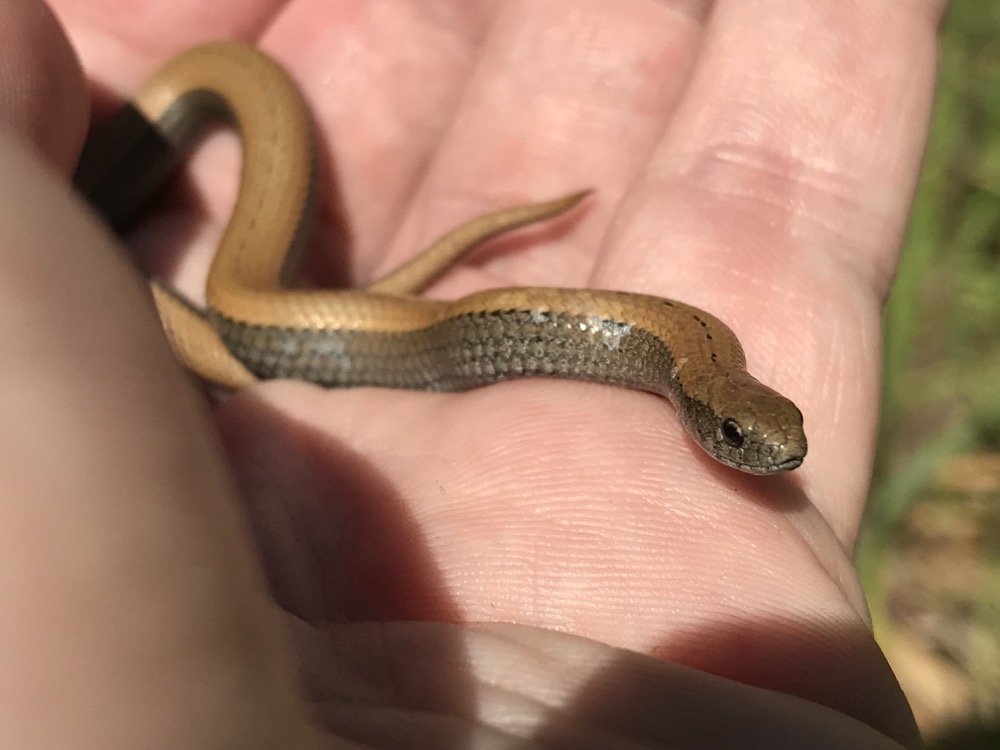 There is another indigenous helper in the war against snails, a small snake harmless to humans called the slug eater, of Duberria lutrix varieties found throughout sub Saharan Africa. The description in the book is not enough for identification, except that it rolls up into a ball when alarmed. The wiki pictures show a khaki colored snake half finger thickness. 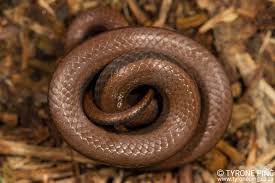 This is why its called a 'tabakrolletjie'

garden pests: learning to manage them and live with your tiny garden helpers