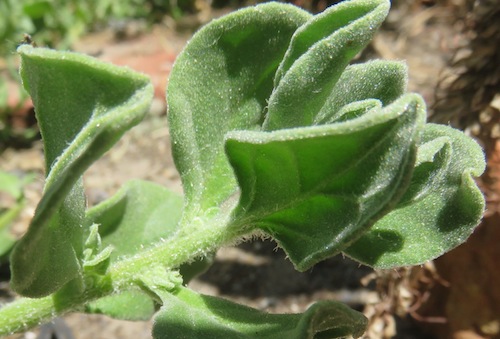 New Zealand spinach is yesterday. Some hot news from Africa

The African cousin of New Zealand Spinach, Tetragonia tetragonioides, is our local T. decumbens, and its really beyond easy to grow, on our deep Cape Flats sand, if you have some baby plants.

Last summer I bought two little tins of dune spinach from the Zandvlei Parksboard nursery stall at the Muizenberg Fynbos Festival. The dune spinach I bought has thrived and spread like a carpet (possible water wise lawn replacement if I'd ever had lawn !). 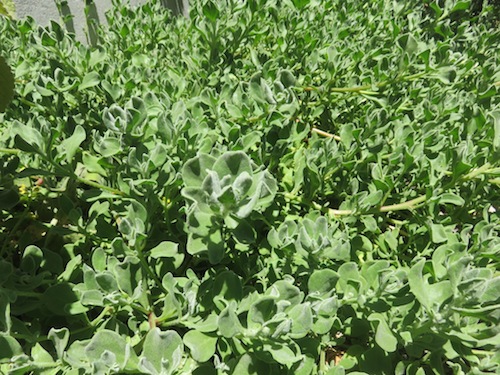 this luscious green on a hot windy day ?

The vigorous growing once it gets going Tetrogonia has fed us many times. Its has a delicious slightly salty flavour, and an indescribable essence of succulence like its cousin in the same genus New Zealand spinach, but smokier, and more tasty in my opinion. It doesn’t reduce to nothing when cooked and remains quite crispy. No wonder it’s a hot favourite at some cutting edge local restaurants. I’ve used it in my ‘lover’s omelette’ designed to pep one up in the morning with a booster shot of vitamins. Its cells shine in the sun like twinkling glitter. Its juicy and erect on the hottest days, I NEVER water it and its expanding.. 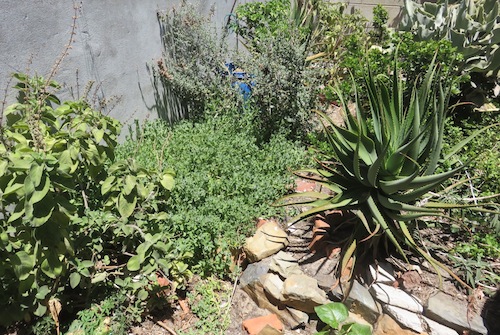 I don't think New Zealand spinach would stand this. The hottest driest corner of the garden that is NEVER watered.

Both Tetragonia and Trachyandra are native dune stabilizers. The Trachyandra seems to like growing alone, in a sea of sand, and may be the primary pioneer which allows seeds of other plants an anchor on the moving sand. The Tetragonia forms carpets which cap the top of white sand dunes like green snow, the traditional view in colour reversal. They are especially remarkable, as steep as mountains in a Chinese painting, on Baden Powell Drive in the vicinity of Strandfontein.  Beautiful and weird.

We are on deep deep dune sand here in Goodwood, so growing a dune stabilizer seems fitting, but I’ve never needed one so badly before. The fertility of our soil is fragile, its so prone to heating up, leaching, desiccation and just being blown to bits. I built up a little ecosystem by putting down 20 cm of garden refuse from the southern suburbs, weighted with bricks, and planted about 30 trees and a lot of other plants on 200 square meters. Then hubby cut down most of ‘my’ trees, my wind screens, when we separated. But his vermiculture beds put back more than was taken out and there are wild mushrooms growing everywhere.  Much more recently we were going to sell the house and I planted the garden for the second time with succulents and other decorative plants, and closed over most of it with drought resistant plant cover.

Then I discovered permaculture. But preparing beds for vegetables has disturbed the sand. Its seeping up through the gaps between the cardboard sheet occultation and spilling over the boards of the new edging. Lately we’ve done a lot of digging to find the pipes for our concrete water reservoir and to build my multi-chambered grisoponics system for growing food on contained gray water. up.

Suddenly we’ve reached a tipping point. Our soil which has been black and fertile for 20 years is suddenly blowing around and there is white sand everywhere. Strong winds ripping through the garden are making everything droop, even the tough plants. I’ve gone into crisis management mode, and urgent restoration activity, covering sandy areas with a bird seed mix, compost and netting, and I’ve decided to use Tetragonia decumbens to fill all the hot sandy corners of the garden as a default before I get round to other planting, or between planting, as my ‘fallow’ field vegetable. It is not only a water wise lawn replacement its a life saver for dry sandy gardens. Time to get serious about propagating this hardy multipurpose cousin of New Zealand spinach. 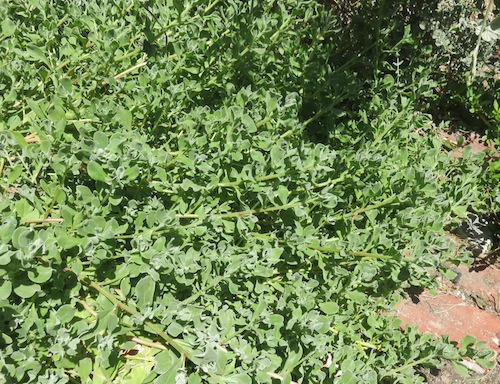 Dune spinach reaching out to cover the hot sand

I need a lot more Tetragonia plants urgently. I read up on propagation and according to PlantZAfrica.com, a member of Sanbi, the plant roots along its creeping prone stems, and pulling these up is the easiest way to propagate.

So I looked around under my clump which is a dense carpet about a meter in diameter, and its starting to spread aggressively, as you can see long stems radiating from the mother clump. Lifting the old woody stems, I found no roots. Maybe it’s the wrong time of year and they root in winter, maybe the outliers must be really long before they root. 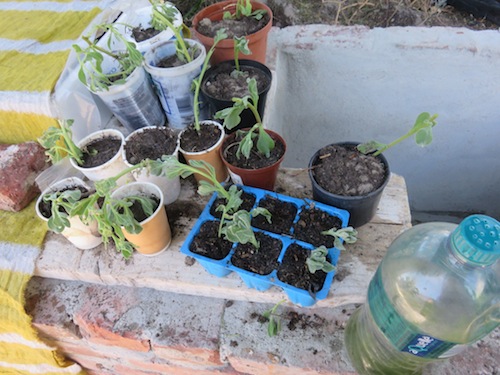 Not finding what I wanted I decided to do an experiment with cuttings, of four kinds.

I took long branches, made cuttings with the red-brown thicker stems (in large pots), with the thick green midstems (in medium pots) and with the tips (in sixpack). I used my own local Goodwood sand which it seems to thrive in, with old dry very fine and degraded well decomposed compost in it, but mostly sand, and then I dug a small trench under the guava tree in the thick compost of a sunk bed and buried the rest, with long stems underground to insure there were lots of nodes, and thus places with root generating potential, under the ground. 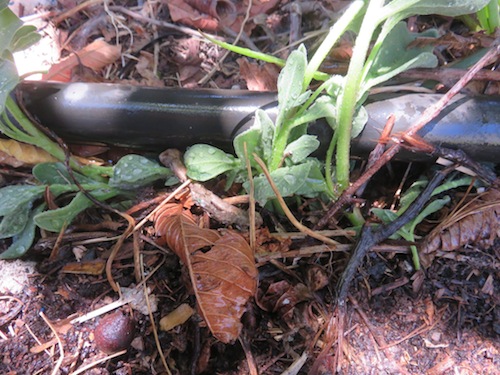 in ground cuttings in deep compost

They can also be grown from seed but mine are not seeding, though they are flowering abundantly for the first time. I will continue this post and report on my hort. in the form of C2 add ons, as time goes by. 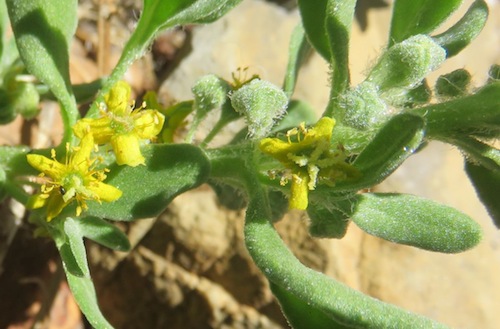 home page with lots of useful links on natural gardening

other indigenous and wild food plants