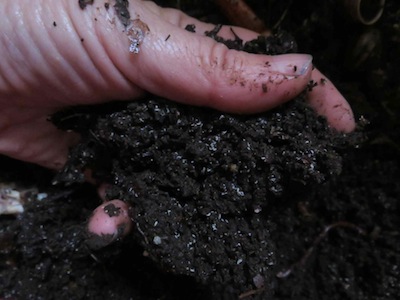 The advantages of vermicomposting

Vermicompost has many fantastic benefits in the garden through its beneficial action on soil. It would be great to have a constant supply of your own vermicast to use as needed for making worm tea and feeding fruiting and flowering plants. We found that switching from a dilute urine feed during the vegetative (green leaf) growing stage, to a worm tea feed when they are mature and ready to flower and bear fruit greatly increases productivity. My husband had about 100 pods and 200 flowers on his Carolina reaper chili before it got taken out by a freak hurricane this week (we get this abnormal weather about once in every 25 years only).

How to make vermicompost

Making vermicompost in a worm farm is essentially about luring earth worms to stay in one place where they can breed and multiply, so that you can collect the vermicompost easily. Earth worms are normally spread thinly all over a fertile garden in the wild state. When you place them in a worm bin and feed them they have a ready source of food, optimal moisture and temperature, as well as shelter from birds and animals. As long as conditions are good in the worm bin, they will stay there. If conditions deteriorate they will migrate out, and its very hard to stop this. That is how most people lose their worm herds, because they make some very basic error in the management of the worm farm climate. Once you know the golden rules, keeping worms happy so that they make vermicast for you is a piece of (very chocolatey) cake.

What is a worm farm ?

A worm farm is any container that can keep the worms and worm compost contained, with some drainage and air supply. See some possibilities below. The choice is yours. My husband has kept worms in a plastic shopping bag ! One of the best farms made out of found objects is very simple. Use milk-crates. Stack them off the ground, add as you need. They are shallow with a large surface area, supporting more worms. Line the walls with cardboard, and the bottom tray with a black bag punctured at one point to leak into a bucket to collect leachate.

What is worm farming ? 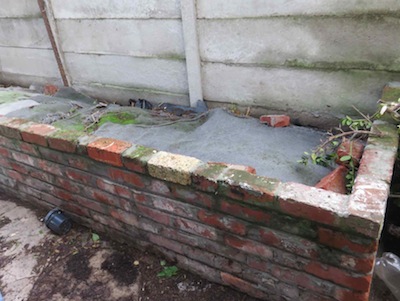 A medium sized production bed for a worm business

There are a number of conditions that must be met to keep your worm herd happy. If you like Elizabethan cosmology, I can give you a hint: its all about the four elements. Fire, water, air and earth. In more ordinary day to day language, the right temperature, moisture, aeration and gas environement in the bin will produce your very own vermicast. It is that simple. Smells come from gas produced by bacteria in the rotting worm food. Smells are the sign of a management problem. If there is enough air, the right bacteria will thrive and there will be no smells. Aerobic (thriving with sufficient air) bacteria do not make a stink, and produce the soft rotten mush that worms can suck up through their toothless mouths. Anaerobic bacteria survive or thrive in airless environments and have another means of making energy and surviving, and produce a different chemical set that worms cannot handle. They produce acids, carbon dioxide, alcohols, sulphur compounds and other gases toxic to worms.

In the right conditions, the smelliest of worm food will not smell. As an experiment in greener living, to save flushing water I have even composted my own feces for six months, smell-free, by keeping to the golden rules. The worms polished it off in a matter of weeks and it vanished without a trace. However this only worked because I separated off my urine, managing the chemistry part of the golden rule. Urine in the relatively huge amounts that a giant like myself produces, would create an imbalance or excess of ammonia in the worm bin. Ammonia burns the poor worms which breathe through their skin. We do not like to breathe ammonia ourselves. Think of your own lungs when you try to keep the worm bin in balance. Not too dry (you will get a rasping cough) or too wet (drowning) or too laden with acid or toxic gas, but gentle earthy smells are fine.

So to make vermicompost you need a herd of worms, a container of some sort, and to feed them regularly and keep them in the right type of environment that is comfortable for them. How much you feed and how often will depend on the number of worms, so that there is a balance, and the worms get enough food to multiply, but excess food does not build up.

Over feeding the worms is a typical way of upsetting the balance leading to many lost herds. Too much food cuts out the air and those anaerobic nasties begin to thrive and produce ammonia, sulfurous smells, acids like vinegar and some alcohol. 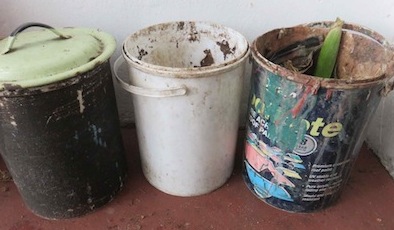 Make your own vermicompost supply

Anything that was once alive or was made of once living material can be used as worm food, from paper to pineapple beer residues, green leaves to gristle, bark to bones. Its all a question of quantities or in other words, balance. To find out how to feed and take care of worms or even to turn vermiculture into a business, it is best you go to this website, rated in the top four in the world among composting sites, where all the needed information is laid out clearly. My husband has been a worm farmer for two decades, and he is still constantly experimenting with worm food to find out what they can and cannot eat. There are many myths about worm care which he has dispelled. You can see his worm food rating list there.

home page for links to many useful hints on natural gardening