We've been earth worm farming for about two decades now. I read that earthworms are able to ingest and digest pathogens, so I thought it would be a good idea for the gray water to pass through an earthworm filter. This worm bin takes the out flow straight from the kitchen sink, its only supply. As you can see the worms love it. 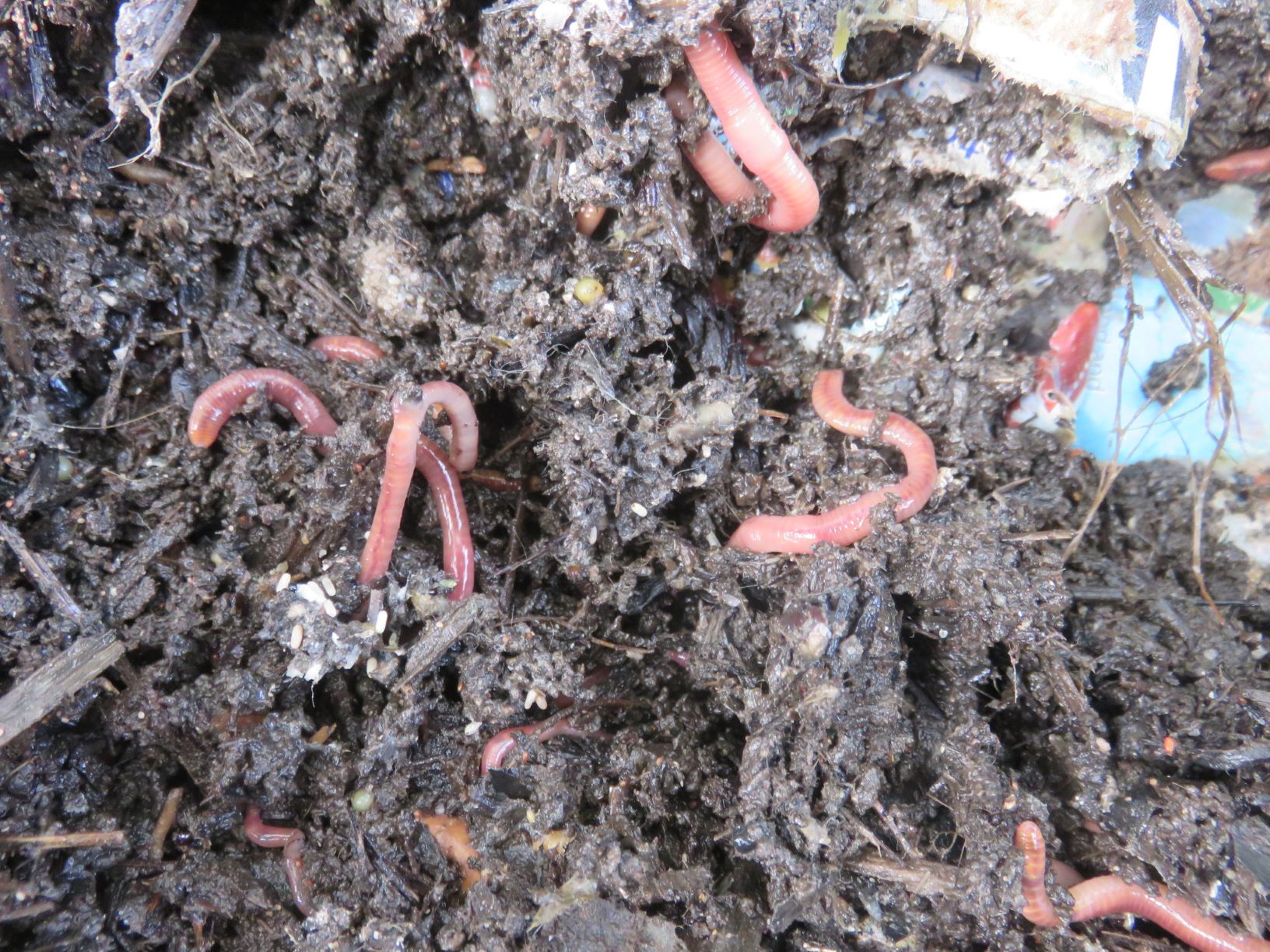 worms in my earth worm filter this morning

To create this kind of filter, re-plumb your kitchen sink outlet outside the house. This is fully legal. We are allowed to adapt our outside plumbing to save water in the Cape. Lead the water into a worm farm tray. I found two of these lovely basins in a local Chinese store. They fitted perfectly into the top of the blue barrel I wanted to use as a gray water surge tank to take excess flow. You can see the gray plastic is worm bin, the blue is barrel of course, and the black lid came with the barrel. It made a perfect lid for the basin.

The worm bin bowls were of course perforated with drill holes to allow the gray water to pass through into the surge tank. It is not legal to allow gray water to stand and breed mosquitoes. I was worried by the number of them, but found that a plastic shopping bag (the yellow packet) stuffed into the holes at the side of the tank stopped mosquito access to the surge tank and solved the problem. Its that simple. In the beginning I put plenty of organic material as bedding and one handful of worms in the bins. Three months later they had multiplied so much I had to remove most of them to seed other worm bins ! They were also the fattest worms I've seen outside of a pure fecal culture.Those interested in earth worm farming should consult my husband's website. He has been earth worm farming for twenty years and the worm website was ranked in the top forty composting websites globally, so its informative and there is no hard sell. You can also purchase his small very reasonably priced paperback book which has everything you need to know about earth worm farming and if you wish, making it into a profitable business, as he did.

The worm bins above show the worms after 'thinning' to seed other bins. I removed about two thirds of them. Then two weeks ago I made a terrible mistake. For the first time in the months of having this system, I lost focus and I poured boiling water down the sink. I was draining some spaghetti ! So the photographs this morning are taken after half of the remaining worms were presumably dispatched by my careless action. I got such a shock I hope it has imprinted itself in my mind. I'm thinking of putting a reminder notice over the kitchen sink. In my next system the surge tank will come before the worms and hold enough water for a peak flow to cool off first in case someone forgets. Beyond that we used my home made potassium based soap, most of the time. The worms just love the small bits of wet food and nutritious liquids coming down the pipe and the constant water supply. Their number should give you an idea of how the worms thrive and reproduce in this context. There is no smell as there can often be with gray water. The tank is full of stone to prevent worms from drowning if they fall through the bottom bin, though the holes are tiny, and to provide area for bacterial colonization. From the tank the gray water passes out of a small house into my lush gray water grow beds. 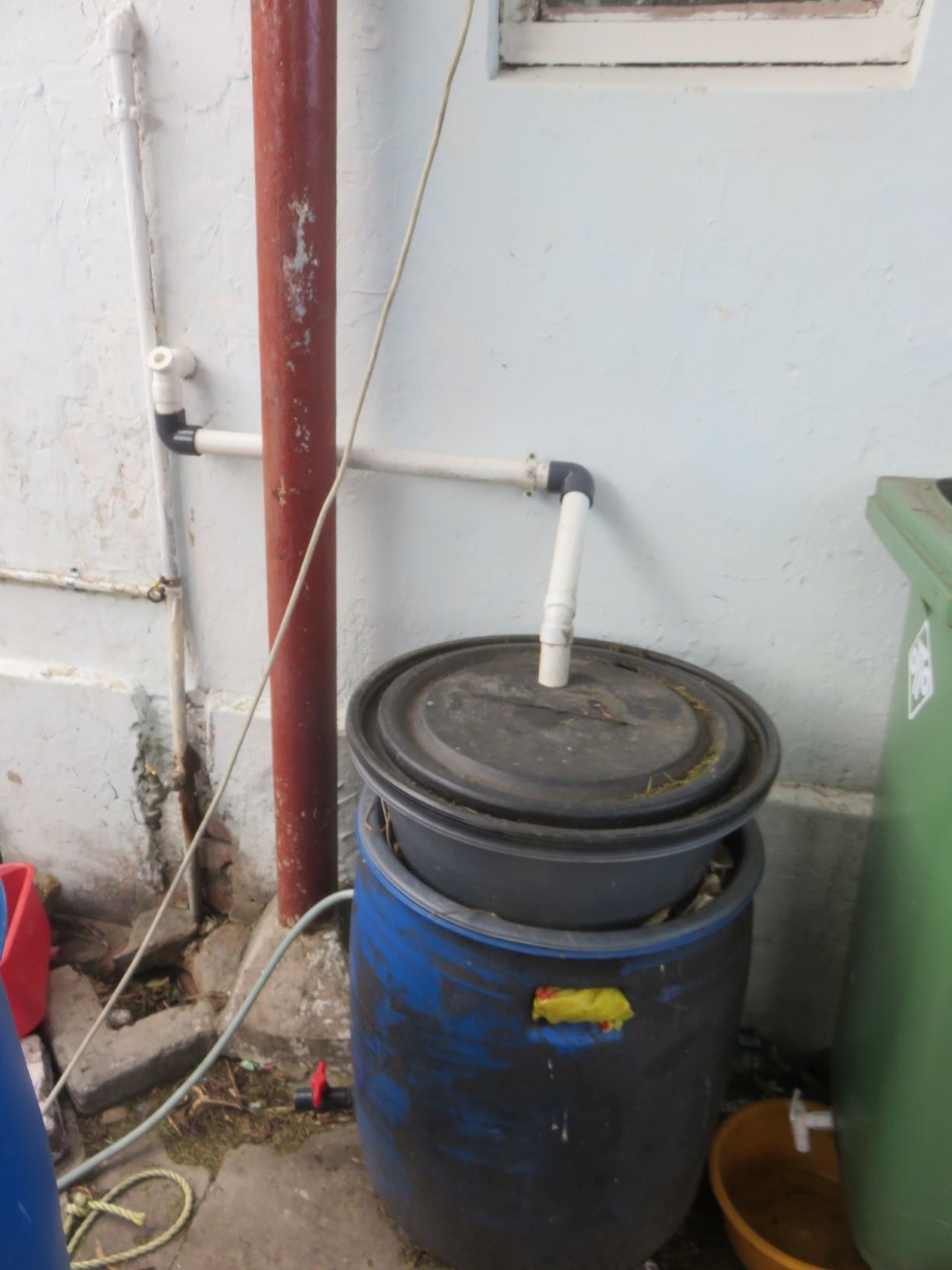 Here you can see the inflow to the worm bin outside the kitchen window. The waste pipe used to drop straight down into the drain at the left. Coming out of the barrel is the pale green outflow hose to the grow beds, and a red tap or flushing valve for removing sediment from the tank.

How to save our soils

How to start a profitable worm business on a shoestring budget

Good day. My name is Nico, I live in Pretoria. I want to use my greywater from the bathroom, washing machine and kitchen sink directly onto my lawn and …