The road verge, truly a wasteland 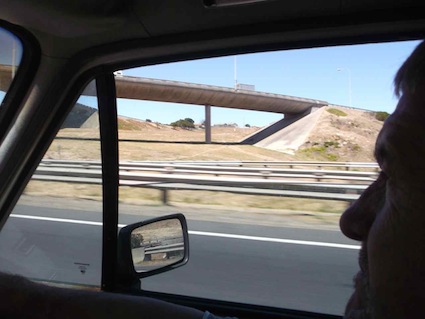 It seems superfluous to post more than one picture of road verges, as one is like the other, miles and miles of nothing, or dead exotic razed grass . Without exception they are planted with invasive Kikuyu grass. I know there was a movement to pressurize the city at least not to mow at certain times of year, but they could not be bent. Thus ensued the regular decapitation of wild flowers at the wrong time, in the bud or before the seed is mature, on our road verges and our parks. Areas where wild flowers once bloomed in spring have gradually become depleted of species.

The pity is that though they are narrow in width, in their great length networking across the country, road verges represent an enormous amount of space that could be used to preserve local vegetation and serve as migration routes for small animals. Migrating along a road reserve may be dangerous for a mouse, but its better than not being able to get fresh blood into the family line…. ever. culverts under the highways can give them a greater chance of survival. The lack of migration or genetic transfer corridors for species both plant and animal and their being isolated from the diversity of their kind in remnant pockets is a cause of cascading extinction. 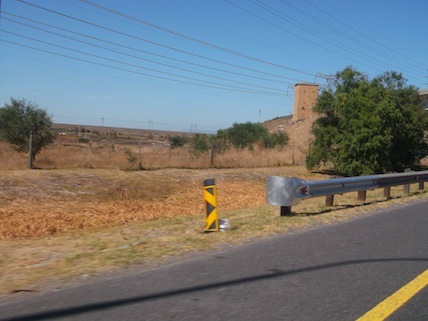 The most pressure of extinction is on biomes and species that inhabit the flat land, where farming and rapid urbanization have removed their habitat. So planting the verges of our highways with invasive grass that needs all this mowing is ecologically unsound on many levels. I remember when the oleanders were planted in the central island on the N1 because we made that trip from Port Elizabeth to Cape Town on a yearly basis to visit grandma. So it must have been between 1966 and 1970.

A shift in consciousness led to a shift in road island planting seen on the blue route. Oleanders for miles and then suddenly indigenous vegetation. I have to admit, loving Oleanders as I do, that the indigenous vegetation is still more attractive, in addition to its ecological necessity. When you have an eye for textural variation and subtle brownish, grayish, reddish greens, the greenest of greens has no longer any charm.

so called indigenous planting on the blue route road island

But the indigenous plantings on the road islands are not truly conservative, but a mixed bag of what you would term indigenous only because it grows wild within the country’s borders, a lot of it is not even from this climatic region. There is indigenous and indigenous, in national man made nation state terms, and ecological terms.

So much for greenness of the ecological kind. The greenness of the social kind is even more violated by these road reserves. What a waste of land space which could be planted with income generating crops. Olive trees are native to all of Africa and thrive in most conditions here, herbs, medicinal crops, all would beautify this dull wasteland that is all we see as we drive, and it would create jobs. Don’t quibble about the petrol fumes, one day we’ll be driving electric cars and by then the olives will be mature. Imagine if all the streets were planted with trees from which crops of some kind could be harvested. 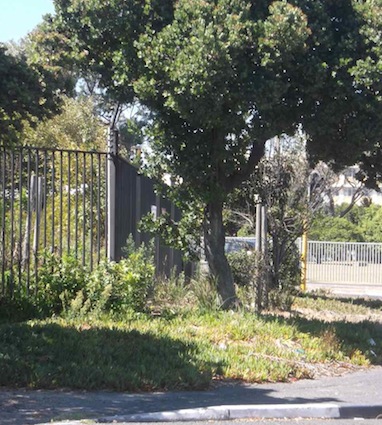 I’d rather eat organic veggies with a little lead than veggies sprayed with insecticides. Crops that thrive on neglect would be ideal for road reserves, medicinal aloes such as Aloe vera are big business. We could at least grow biofuel crops, or plants to be harvested for the gardening industry rather than human consumption. It brings higher returns than growing food anyway, depending on the choice of planting. The road reserve plants could be tested for heavy metal content to see if its true they are so heavily polluted. Working the gardens need not be dangerous to farmers or motorists if the whole system is thought through well. 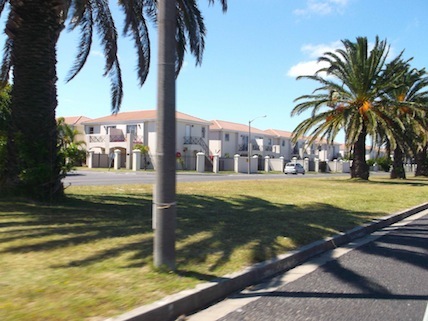 the city of cape town's website on green space