Some indigenous dune  plants in Khayelitsha 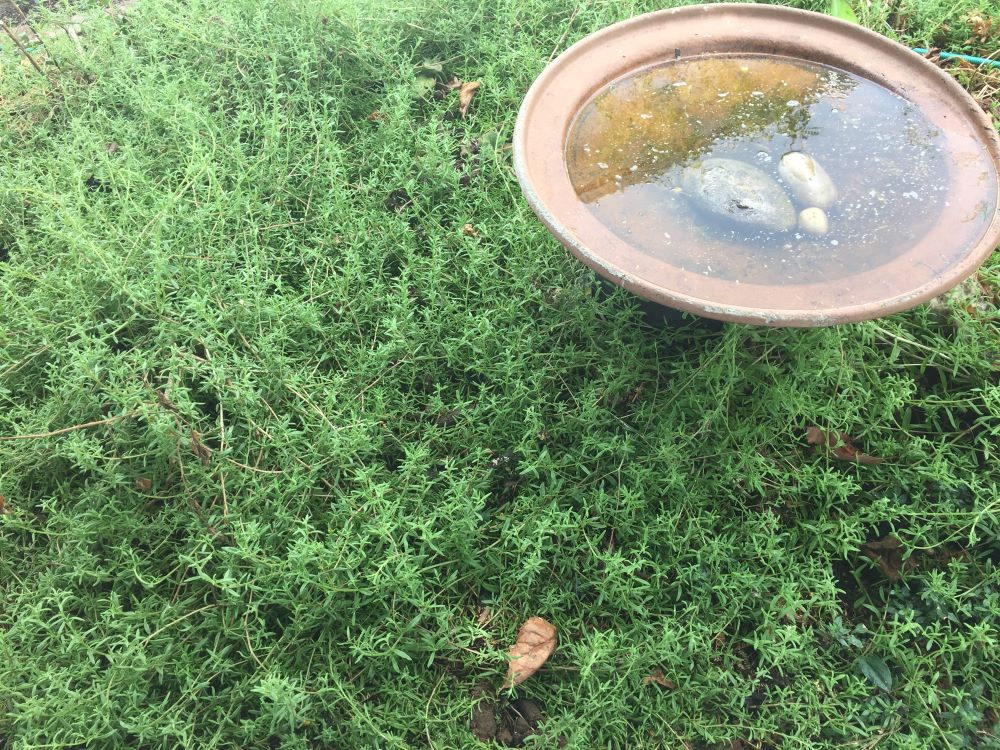 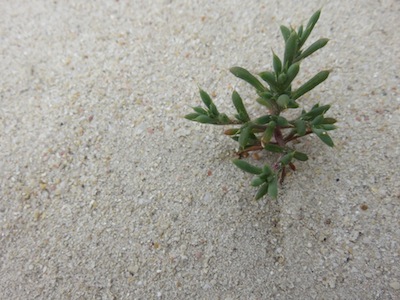 I took a walk around Boitumelo's community farm in Khayelitsha and found a number of native dune stabilizing plants, many of them actually edibles, as I learned last year from Loubie Rusch, who is farming indigenous vegetables in

Khayelitsha on another project. The small plants show that seed is in the soil and germinating on its own, and if left undisturbed the bushes would grow and more indigenous seed would germinate. Exciting for permaculturists who hang on the side of conservation were two native legume varieties. 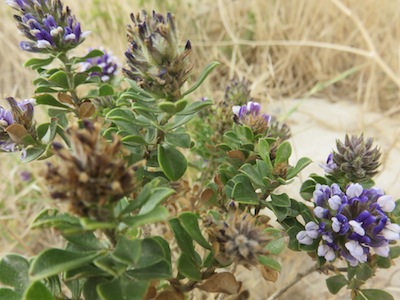 The one had a compact bush shape, grayish leaves and very pretty blue flowers that look a little like clover and the other had long trailing stems. The trailing stemmed variety seems to be a very important dune stabilizer as well as a nitirifier, I've seen a very similar plant with thin trailing stems 3 meters long coming off the mother clump at Haakgat on the west coast.

Dune stabilizing plants will look after themselves and the site in areas where sand is left undisturbed.

Once more plant cover is established in this harsh, sandy context, this should shift the whole ecosystem of the

site and change its hydrology. Dune plants are water harvesters, like the nets people hang to catch sea mist, they do it with their tiny leaves on multi-branched structures. These dune plants are a huge asset to the site, especially as it is so large and areas may need to be ignored for a while or put in permaculture design zone 5.

home page with links to info on natural gardening