Discussion on how to reduce polluting plastic in our waters 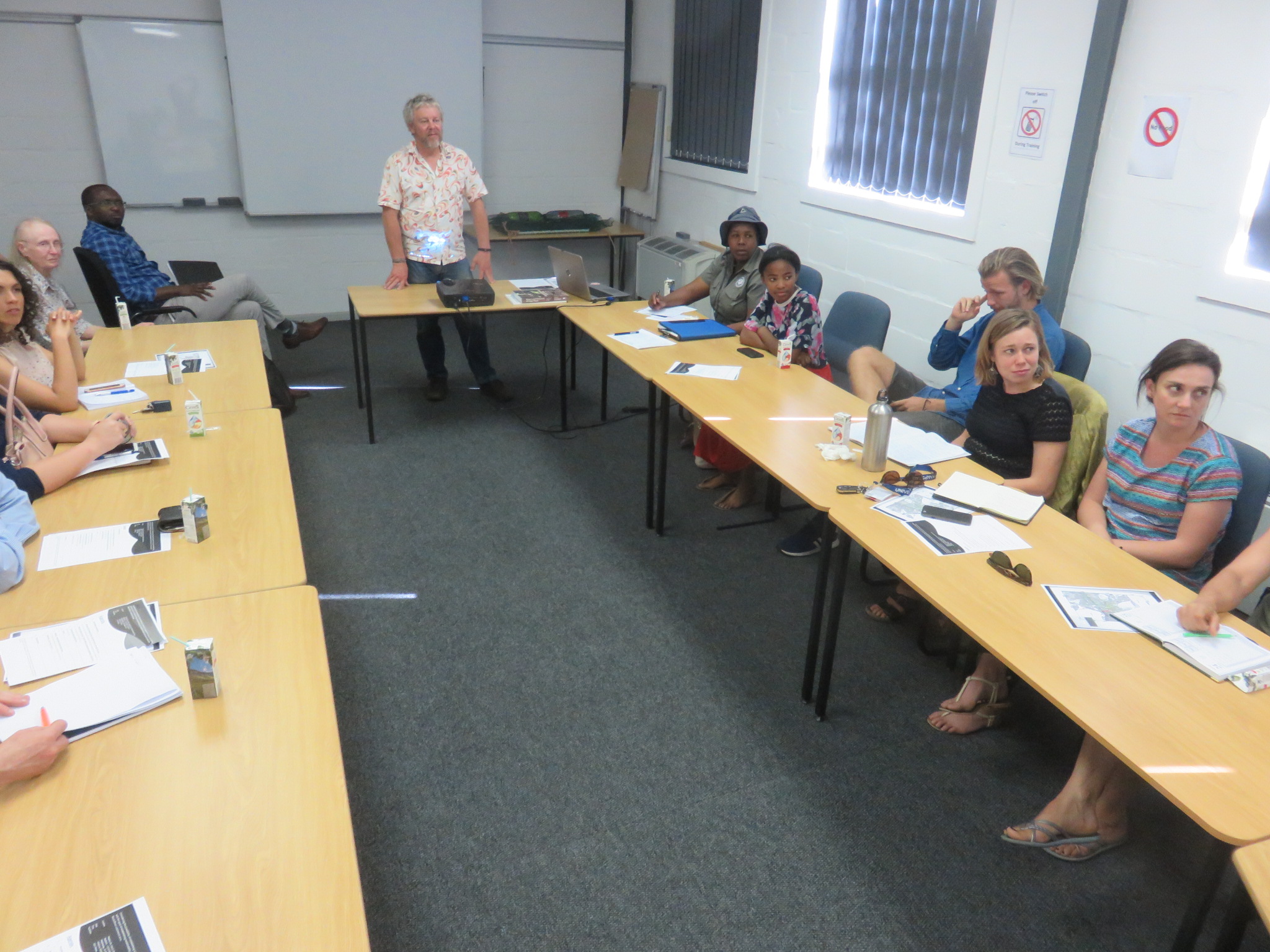 There was a meeting today bringing together people concerned about the polluting plastic in all our rivers. The meeting was in Maitland and hosted by John Kieser from Plastics SA. John has been involved in recycling and greening initiatives for years, so there was a very interesting cross section of people concerned about plastic pollution and recycling, from social responsibility enterprises, the City of Cape Town, to friend's groups and industry representatives. .

John mentioned two interesting references: A book by Neil Armitage and Mark Marais, but here is a download of their paper on measuring and reducing urban waste in stormwater systems There is a also a free book from the Water Research commission on the history of our rivers in Cape Town.

Why industry is interested in reducing polluting plastic in our rivers

Plastics SA have some projects aimed at sourcing plastic from recycled sources, for big retail chains, and he is finding buyers for some of the plastics that come out of the river. They are looking for other buyers to join the network of people who also help fund cleaning up, for example they want to sponsor a scale for a social project that create jobs, while it cleans up the environment.

There was a representative from a social entrepreneurship project working with players in the plastics industry like PETCo and the Vinyl Council and several others. The social project is called Packa-Ching, and they have educated communities about the worth of different types of plastic and recycling, and pay people who collect clean waste and bring it to their mobile trailer with a no-cash card system, now converting to e-wallets. They have collected 240 tons of plastic this last year.

Friends groups concerned about polluting plastic in our rivers, and the city of Cape Town

Chavonne from friends of the Liesbeek spoke about the floating boom they want to install on the Liesbeek to catch all the polluting plastic floating down our rivers. Chavonne is very concerned about reducing the plastic that comes down our rivers into the sea. Plastic pollution is a well known scourge for marine wildlife, killing everything from whales to turtles, and landing up on our plates. As explained in a slide show by Sisanda from CoCT, the city have placed five booms lower down on the Black River but the more we can catch the better, as a lot of plastic escapes the booms, especially plastic bags which float in the water not on top of it because of their density, which point was clarified by a polymer scientist at the meeting. Variable density is used to sort plastic in the recycling industry. I hope this can also help us with boom design for catching the polluting plastic. Sisanda made it very clear that plastic is not the only problem, a lot of rubbish is dumped in the river, as I said from builder's rubble to bodies. I also met one of the ex members of the now vanished Black River friends group, once a hundred strong. So at present there is no group, and I hope it will start again. I was very happy to meet the representative from the rivers that feed the Eerste River, Eugene. One day I hope all the river groups will join to create an integrated conservancy system.

Graham from the CoCT highlighted how during periods when funding for the river cleaning is delayed the plastic piles up in the Black River as the EPWP teams cannot go out. It is because of the city's cleaning teams that the flamingos came back after 50 years and even started to breed. With lack of funding for cleaning the river the birds have gone again. I've lived in Cape Town most of my life, and lived nearby at the time the flamingos flocked in droves to the river and I saw so many photographers and tour groups there, you would think that our tourism system could help fund the cleaning, or at least put its powerful marketing engines behind it.

We heard about people expert in constructing booms to catch plastic and oil from the rivers. But the ongoing problem is awareness. There is still a lot of illegal dumping in the river, of companies and factories pumping waste into the river, people in the southern suburbs and town flushing plastic earbuds which end up on our beaches, but that is not all. The people who clean the rivers have to deal with the corpses of animals, even human babies and large items like couches and car tyres which regularly break the plastic collecting booms.

We heard two groups of speakers from UCT on their pollution research. To sum up a lot of trash comes down our storm water drains, and the water purification plants are only marginally effective at removing small pieces of plastic, which will get into the sea eventually. Screens for removing plastic are interestingly more effective when there is greater water volume. I hope this can help with the design of plastic catching booms eventually. We have four waste water plants close to the city, Cape Flats, Athlone, Borchard's Quarry and Mitchell's Plain. The two fed from the most affluent areas of the city have about 30 times more earbuds and probably other trash coming through the system. So middle class folk need not point fingers, you really should know better. I was interested to find out that our plants mainly use activated sludge methods to purify the water not biofiltration. Greenpoint and Hout Bay have no purification, the sewage pours straight into the ocean.

We learned about a fun education project for kids based on the Captain Fanplastic character from Reuben who teaches kids both about the harm plastic does in the oceans and the value it represents. Last but not least the polymer scientist from Woolworths, Don, mentioned that numerous massive plants have been built in the middle East to produce fresh plastic from oil, and he feels we can't recycle our way out of the problem. We have to take plastics out of the equation entirely, avoid packaging to stop the flood tide of polluting plastic in our environment. He spoke against bio-degradable packaging which is often made from food plants and takes away farmland that would be producing food, threatening food security. Sounds like the story with so called renewable energy from bio-fuels. I wanted to ask him how you actually stop a vegetable retailer from packaging everything in cling wrap and plastic but when I turned round he'd left the room in a hurry to the next meeting.

Thanks to the organizers

It was really educational to be at this meeting and I thank John Kieser for organizing it and Jaqui Tooke for getting us involved.