appliance recycle: why and how 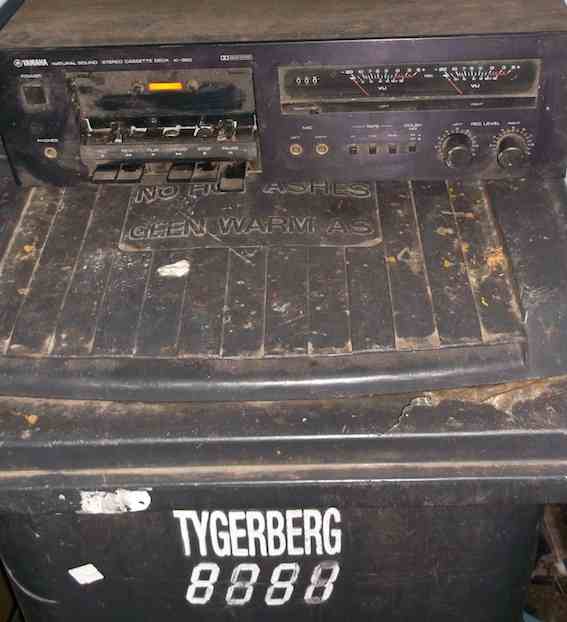 Appliance recycle seems such a specialised activity, it is intimidating, but there are many reasons why used appliances should not land in the wheelie bin. The following website which is written for South Africa but has universal relevance, gives some strong justifications, I will just summarise their message.

kitchen appliances, cell phones and entertainment centers, recycling APPLIANCEs seems a bit complicated, why not just throw it away ?

Electronic waste is anything that runs off electricity or batteries, and this can be anything from a battery, to a cell

phone or kitchen appliance and includes outdoor garden lights and garden equipment. We should recycle appliances and not put them in the wheelie bin if this is heading for a landfill, because they contain valuable precious metals, as well as hazardous toxic metals, CFC’s and arsenic. The website is pragmatic and unsensational, but I would like to add my own interpretation.

Not recycling appliances is not only a waste of gold and platinum, its destructive, as the heavy metals and arsenic will spread from the landfill, into the underground water, or in the case of CFC’s, into the atmosphere to destroy ozone. Arsenic is a poison used to murder people, and not just in Agatha Christie novels, it can work slowly due to environmental exposure in drinking water, and its an awful death (https://en.wikipedia.org/wiki/Arsenic_poisoning). Without ozone, we would be back to the state of the earth before early animals like lizards, frogs and insects occupied dry land. Till then, animals lived in the sheltering oceans, which absorbed most of the radiation from space. This bombardment from space was so strong, it would have caused death from burns, mutations and cancers, if the water breathing animals could have found a way of breathing air to come on land. When ozone began to take over the role of a protecting atmospheric layer, it became

possible to live on dry land. That blue sky above us is not an emptiness, but acts like a protective blanket shielding us from the invisible rage of the heavens. It reminds me of ancient mythology, either the Egyptian goddess Nut, arching her starspangled body over the earth, or ancient middle eastern cosmology, with the protective dome of the sky penetrated by the pinpricks of stars which allowed light through from the blazing inferno and drops of water from the chaos beyond. So recycling your appliances can save the earth, and people from suffering, in multiple ways.

The website on recycling appliances recommends many options which I cannot follow because I would use it till it was broken, finished or as we say in Afrikaans: klaar en gedaan, an expression of total finished-ness. Not to consume them too fast is my way of recycling appliances, but if you are throwing out an appliance because you have something better, you can do well to look up their tips, avenues of donation, swapping etc. My food chain or I will call it use chain, is not without waste and privilege either. When our appliances are klaar en gedaan, we can not afford to have them fixed. This is partly because of belonging to a particular economic sector, and the layers of the economy are differentiated, like my economics is partly isolated from the throwing away due to ‘upgrade’ sector which I call middle class. The electricians I have access to charge more than the price of the appliance to fix it (I could tell you about my R60 pawnshop washing machine on another day…what a saga of foolishness). So we donate the broken appliances to people who don’t have so much stuff. They know a neighbor or friend, or would make a do-it-yourself repair, till somewhere the appliance would be used or sold, a method of appliance recycle by life extension. The appliance recycle may occur through it being thoroughly stripped of its copper, aluminum and steel parts which all have trading worth at recycling centers. You could use a traditional recycle service, if you have contact details or they happen to pass at the right time. This is another appliance recycle avenue. In fact metal extraction is the end of the road for many electronic machines in South Africa. Their gutted remains can be found everywhere, as they’ve been mined for all the copper and other tradeables they have. If only plastic was that valuable we would have no litter and no waste mountains. A brilliant use of the plastic parts of recycled machines, using electronic keyboards like armor plating, is the way Cape Town artist Maurice Mbikayi turns old plastic into highly politicized and physically beautiful art. I'm pursuing a line or research on appliance recycling, which is more complex than I thought at first. Some recycling depots do appliance recycling, others do not, as appliance recycling is quite specialized, and skilled labour is needed.

the choice of appliance recycle method is tied to economics

Whatever appliance recycle method we choose, a commitment to recycling as much as possible of these potentially toxic items is laudable. The securing of the raw materials may also not have been ethical and minimizing their wastage is a type of engagement in itself. We may not have to recycle appliances to eat, yet it is true we are involved with waste management at all socio-economic levels and in all countries, and with its hazards, and we are materially tied together by garbage, whether we consume or not. It is a highly politicized and a fascinating subject that unites the globe. Do I mention the TV documentary series Trashopolis again … ?

recycling in the home