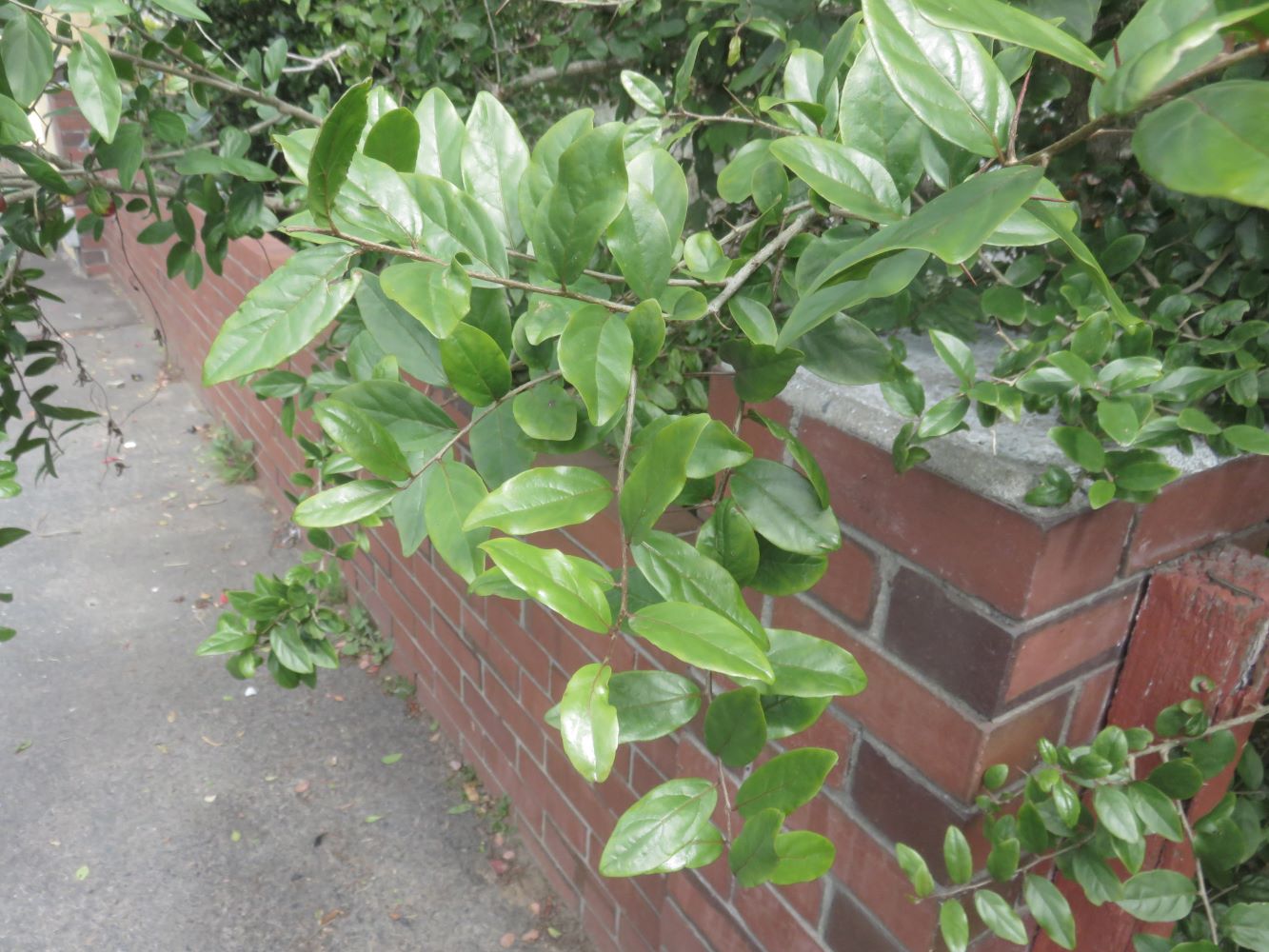 My Kei apple tree is a strange anomaly

How to distinguish the different Dovyalis fruit trees.

This delightful indigenous South African fruit grows very well in Cape Town, but it is diecious which causes some frustration for the gardener, and my lack of pictures of fruit.

There are a number of species in the Dovyalis Genus which is in the family Salicaceae: Dovyalis caffra or Kei apple, Dovyalis rhamnoides or common sour berry, and Dovyalis zeyheri or wild apricot. The problem is that the term Kei apple and Wild apricot are both loosely used for D. caffra. My trees were bought from Cape Nature twenty five years ago. They have borne only one soft round orange colored berry in all that time. Perhaps there is a lot of genetic diversity in D. caffra, which may cause some diverse appearance and characteristics. I am left in some confusion whether I do in fact have D. caffra or one of the other Dovyalis species, as D. caffra is evergreen with darker thicker leaves than my trees. However the single fruit looked like Kei apple and the flowers look like Kei apple. I tried to find features to tell them apart on the Sanbi database.

According to Sanbi, the Kei apple or D. caffra, grows wild in bushy areas in valleys, dry areas, grassland, and forest margins, along the eastern coast of Southern Africa and in Zimbabwe, with its largest density in the Eastern Cape, whereas the wild apricot reaches further north in distribution. The common sourberry, D. rhamnoides has a similar eastern distribution to D. caffra.

D. zeyheri emits the odor of carrion at certain times of year, which mine do not. Its fruits are more elongated, the shape of a tiny rugby ball, or sultana grape, mine was round. The fruit of the Kei apple are roundish and larger, but both Kei apple and Wild apricot have a fruit that is yellowish orange in color. Those of D. rhamnoides are apparently reddish, and when unripe are bright dark green with a pointy form like a hazel nut. Wild appricot forms a small to medium sized tree up to 13 meters in height, whereas the Kei apple remains more bushy. All three are evergreen and have straight spines, their leaves described as dark green and leathery with alternate arrangement, and have grey or brown bark which becomes flaky in mature branches. Young branches of D. rhamnoides and D. zeyheri are covered with hairs, mine are not. The wild apricot bears flowers in August to December, and the Kei apple in November to December. 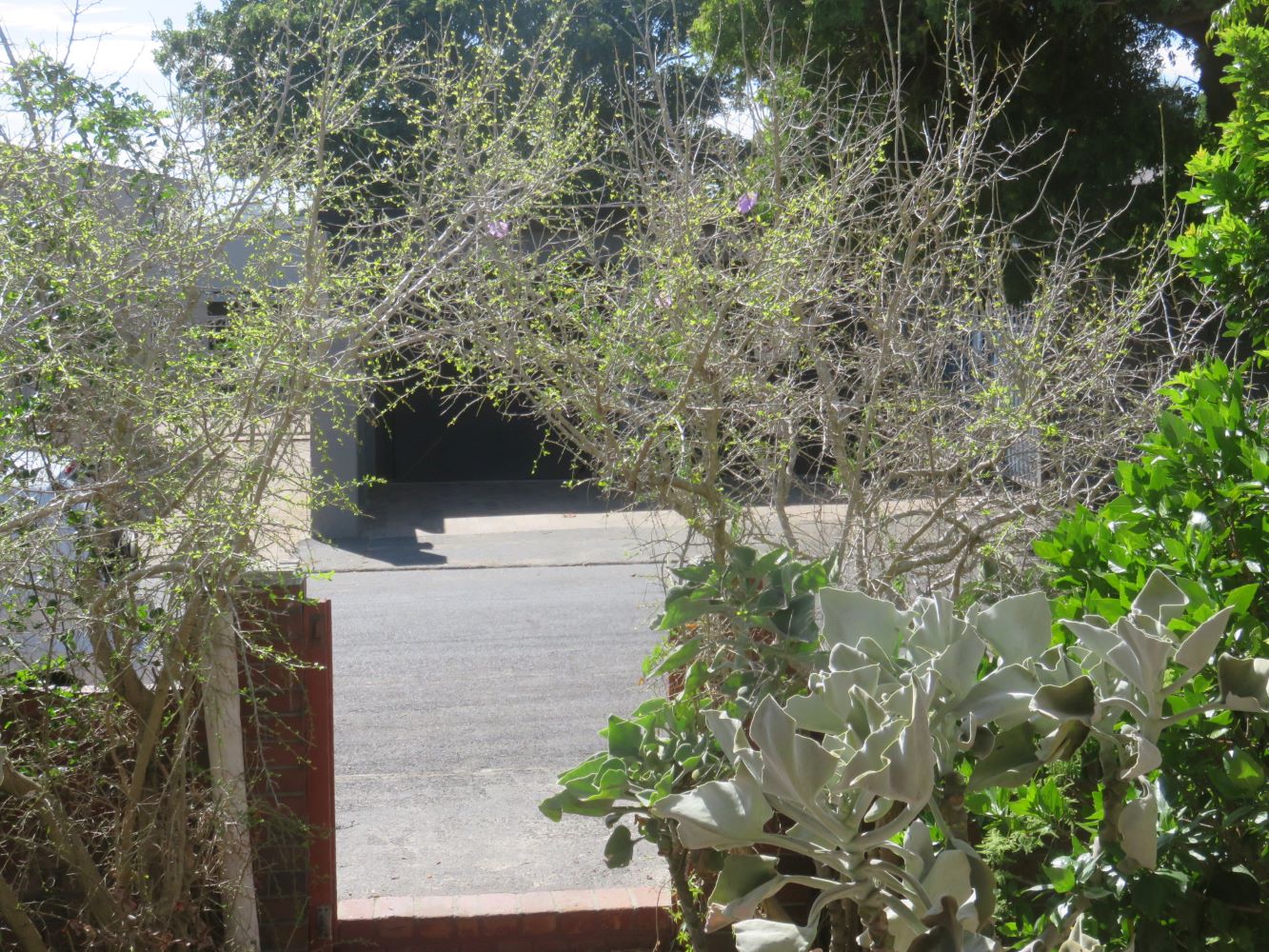 Pollination is an issue. The plants are diecious, bearing different sexed flowers on different individuals, so that you need both a male and female for the female tree to bear fruit. One male to several female trees would be fine. Apparently many nurseries have an excess of male trees as they germinate better from seed. I was lucky enough to get three females but no male. After waiting twenty five years for fruit I tried grafting 20 male buds onto my trees without success. These buds were of the evergreen variety though. 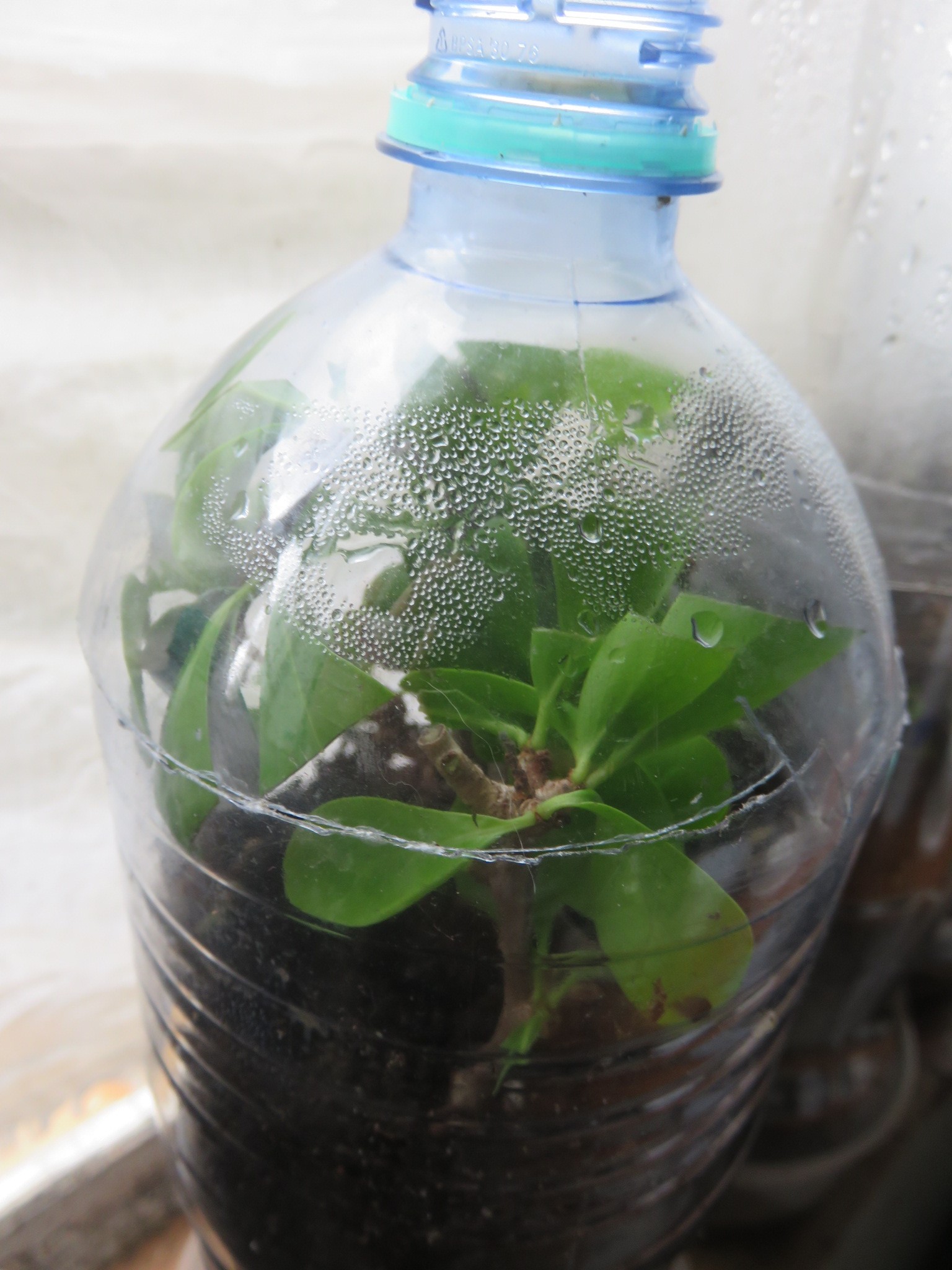 Trying to propagate cuttings in a mini terrarium

I've also tried propagating from cuttings without much success when the same techniques have worked for Carissa, for example. I came to the conclusion there was nothing to be done but buy another two trees at a Kirstenbosch plant sale, hoping there was a male among them. The new trees are definitely evergreen with different, more leathery, darker green leaves. I hope it is a varietal difference and not a different species. I'm unlikely ever to get fruit, by definition, from two different species. 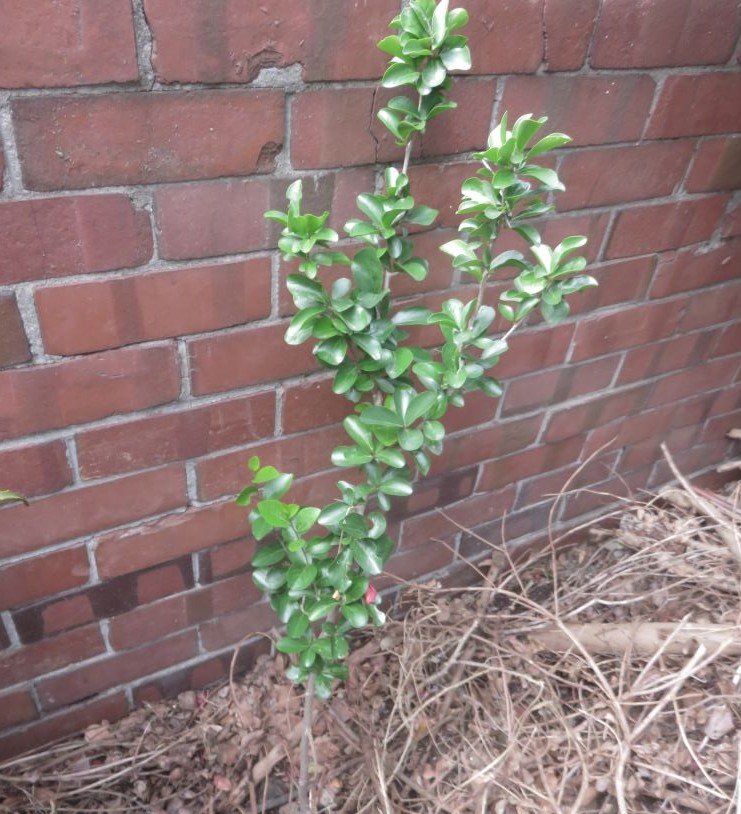 I bought two saplings of the evergreen Kei apple variety.

Both the deciduous and evergreen varieties thrive in the 3 meter, or perhaps deeper Cape Flats sand found in Goodwood, where I live. So far my trees have only borne female flowers, which you can see in the picture below, but the Sanbi website has a good picture of a male flower so that you can learn the difference. If you are lucky you can then pick up both sexes in the nursery, if you visit during the flowering season (August to December for D. zeyheri and November to December for D. caffra). 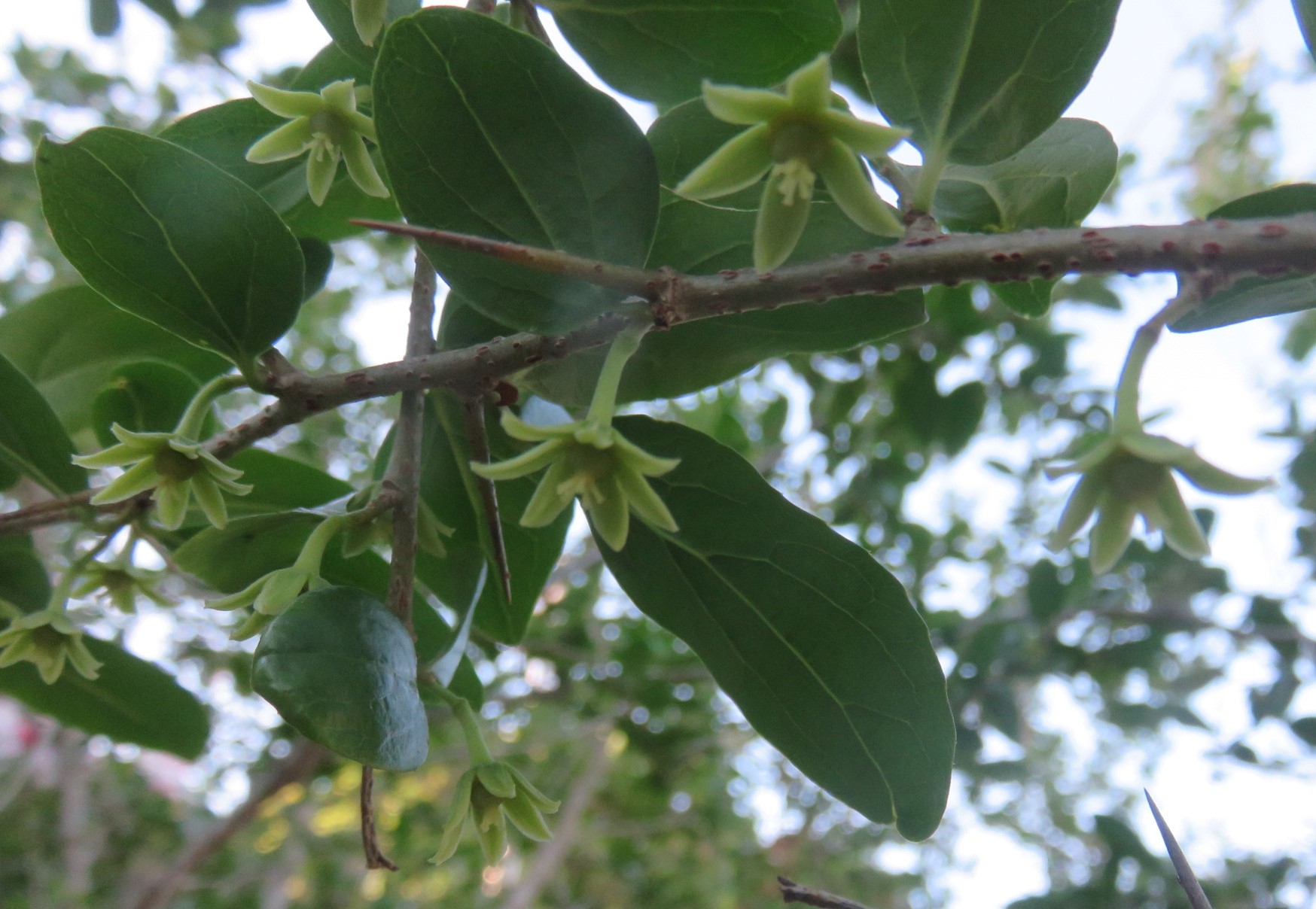 The uses of Kei apple

All three fruit are of economic importance in some communities in South Africa, and they have been used since time immemorial, bearing names in many indigenous languages. D. zeyheri is known as umNyazuma in isiZulu, umQokokolo in isiXhosa and morethema in Northern seSotho. D. caffra is known as emotlhono in North seSotho, umqokolo in isiZulu, amaqokolo in isiNdebele and mukokolo in Shona. D. rhamnoides is known as ukhamgwindi in isiZulu and umqaqoba in isiXhosa.

The British regime, and later municipalities and home owners must have planted a lot of them in Cape Town. I've seen the plants in Observatory fruiting profusely opposite 'A Touch of Madness' restaurant, 12 Nuttall Road, and along the railway lines all over Cape Town, especially south of Rondebosch station. However one very seldom sees fruit these days.

In the 19th Century they were apparently the favorite hedge plant in Sea Point, where there is still a Kei Apple Road, without any remaining Kei apple trees, unfortunately. Kei apples featured in much traditional home cooking of that era, to impart tartness to recipes, according to Robert Ellis, editor of A.G. Hewitt's Cape Cookery, simple yet distinctive. The book is a 1973 selection of part of the original from 1890. I picked up a copy for R10 at Cafda secondhand bookstore, so it may be out of print, making A.G. Hewitt's recipe for Kei-apple jelly unobtainable. However the recipe is very simple. It involves removing the skin with hot water, like you peel tomatoes, and then boiling them till they disintegrate, in water of the same volume, straining and adding 5 parts sugar to every 4 parts of juice by weight and boiling again till it just jells. My feeling is, this is a great jelly or jam recipe, but that is a lot of sugar. The sugar is used to cover the sourness, and the fruit are infamously sour, especially when unripe. Tastes and concepts of health do change. I think one could use the sourness for the purpose of preservation, either in a salt ferment, or in a ferment with much lower sugar, to form a vinegar, which would keep really well and preserve the fruitiness, both with added probiotic power. I explain how to make wild vinegar on our cooking website. Another possibility of using much less sugar would be the hot water bath canning process for acid foods like fruit. There are many online descriptions of how to do this.

Loubie Rusch, our local expert on experimenting with indigenous foods, has used the fruit for making jams, chutneys, jellies and kombucha. She discusses the Kei apple in a you tube interview. The appearance of the male and female flower, and other necessary information for using Kei apples are discussed.

The Kei apple is well distributed in specialty nurseries around the world and the fruit grown for sale in California. As with Carissa macrocarpa, the Kei apple fruit is underrated at home and exploited commercially in other countries.

I bought a few kei apple tree planting next to my boundery wall as a hedge. How long does it take to grow and what can i do to speed up the growth. …

i bought some today

hi, i bought a few of them recently at cape garden centre (40 bucks a pop though i bought the smallest sized ones). i live like two postcodes away from …

I have been growing kei apples for years. A couple of plants came from Montagu Nursery, and then we propagated most from seed collected from big trees …