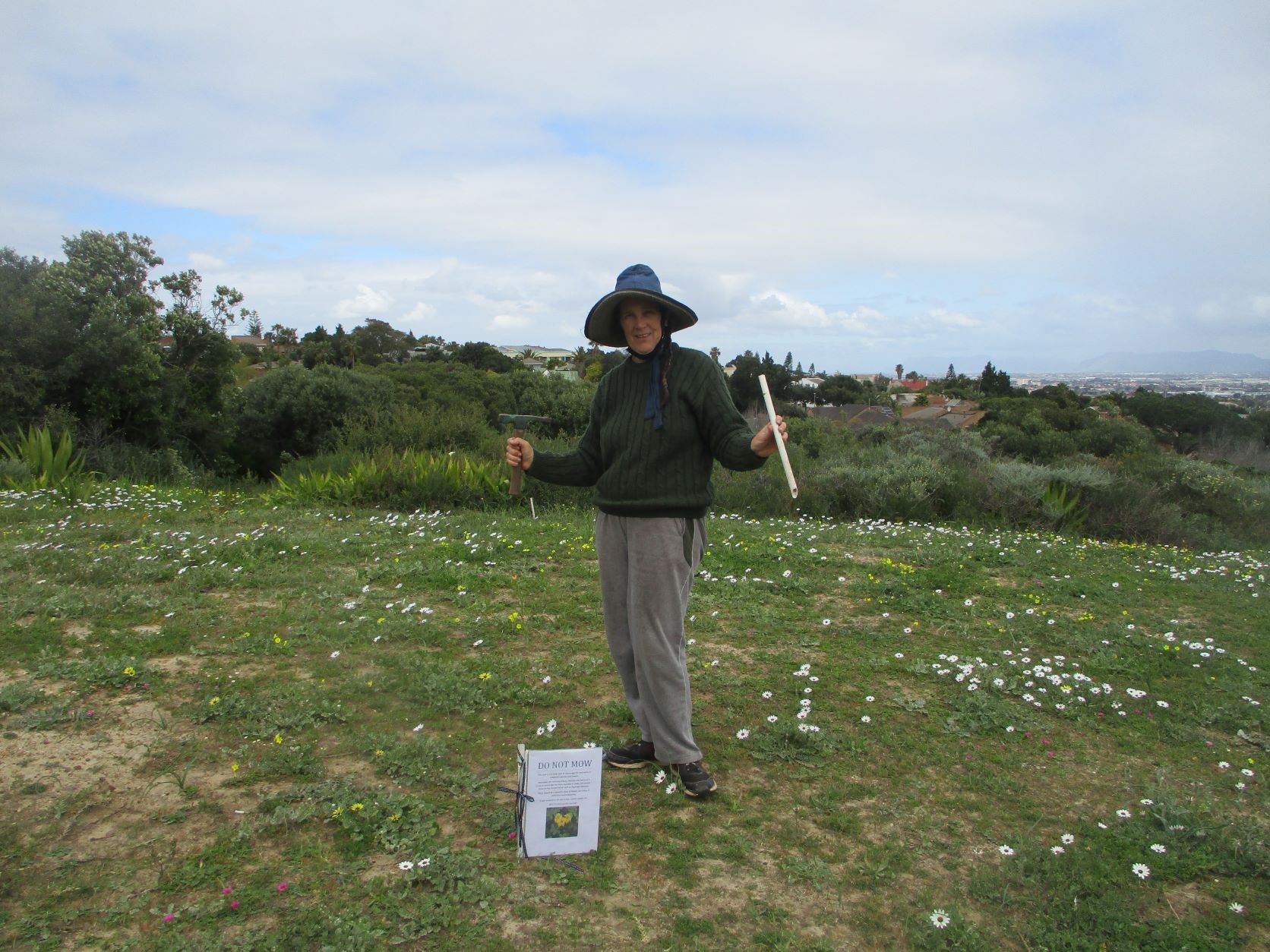 Stepping stone gardens, all you need is a fistful of pegs, hammer and string. Simple, and as you see, no fashion parade.

To my subscribers, Thank you !

We present the concept of stepping stone gardens this time. I hope you will be inspired and uplifted as you uplift me.

Thank you for subscribing. You give me a wonderful warm up draft under my writing wings and big lung-full of courage.

I return to writing after a long break earning money as a book illustrator. The work was very satisfying as it supports biodiversity activism in Africa, but unfortunately I needed to abandon all other projects to cope with meeting the main deadline.

A brief outline of what follows

With my own financial ecosystem in better balance, I would like to offer you some thoughts on urban biodiversity and tell you about some wonderful projects in my neighborhood.

Stepping stone gardens are established with the aim of restoring natural native vegetation in urban areas and thus protecting local biodiversity. I will provide some hints on how you could go about doing it where you live.

Organizers of stepping stone gardens at the Cape

Some time ago I heard of Communitree. It is an NGO helping citizens create stepping stone gardens in Cape Town. These gardens are small pockets of native vegetation created as stepping stones to connect large 'islands' of biodiversity in the city such as Table Mountain, the Peninsula and the Tygerberg Hills.

Most stepping stone gardens mentioned here create a connection or corridor between the large biodiversity islands and linear corridors like the river basins. Corridors allow movement of species out of and into the isolated islands, and it is hoped they will combat the isolation of species in the urban landscape. It is a problem of urbanization that populations of a species get cut off by roads and developments till they are too small to be viable.

According to the website of the Fynbos Corridor collaboration, the urban spread of Cape Town has already caused the extinction of 14 plant species. This website belongs to an umbrella group formed by Communitree, Greenpop tree planting and the Ingcuncu, the sunbird project, all funded by the Table Mountain Fund. The aim of this collaboration is to map and co-ordinate, and establish a unified rehabilitation and monitoring strategy, because, unfortunately, urban conservation activities can be as fragmented and isolated as the ecosystems they seek to protect.

In the meantime, the citizens of Cape Town are not sleeping. Many initiatives that could be united by the Fynbos Corridor Collaboration exist already. They proceed in their efforts on an unfunded volunteer basis. One such affiliation (see this facebook page) exists in the region of Durbanville in the northern suburbs. They have started 16 stepping stone gardens in the Durbanville area connecting the Tygerberg Nature Reserve to the source of the Kuils river in Durbanville. They recently offered a bulb growing workshop I attended which was excellent, and one of the activists, Anel, has come to assess parks closer to my neighborhood, such as the Frikkie Knoetze Arboretum and may be going to see the Protea Village community garden in Brackenfell. These satellites should expand the creation of stepping stone gardens into new areas of the city. 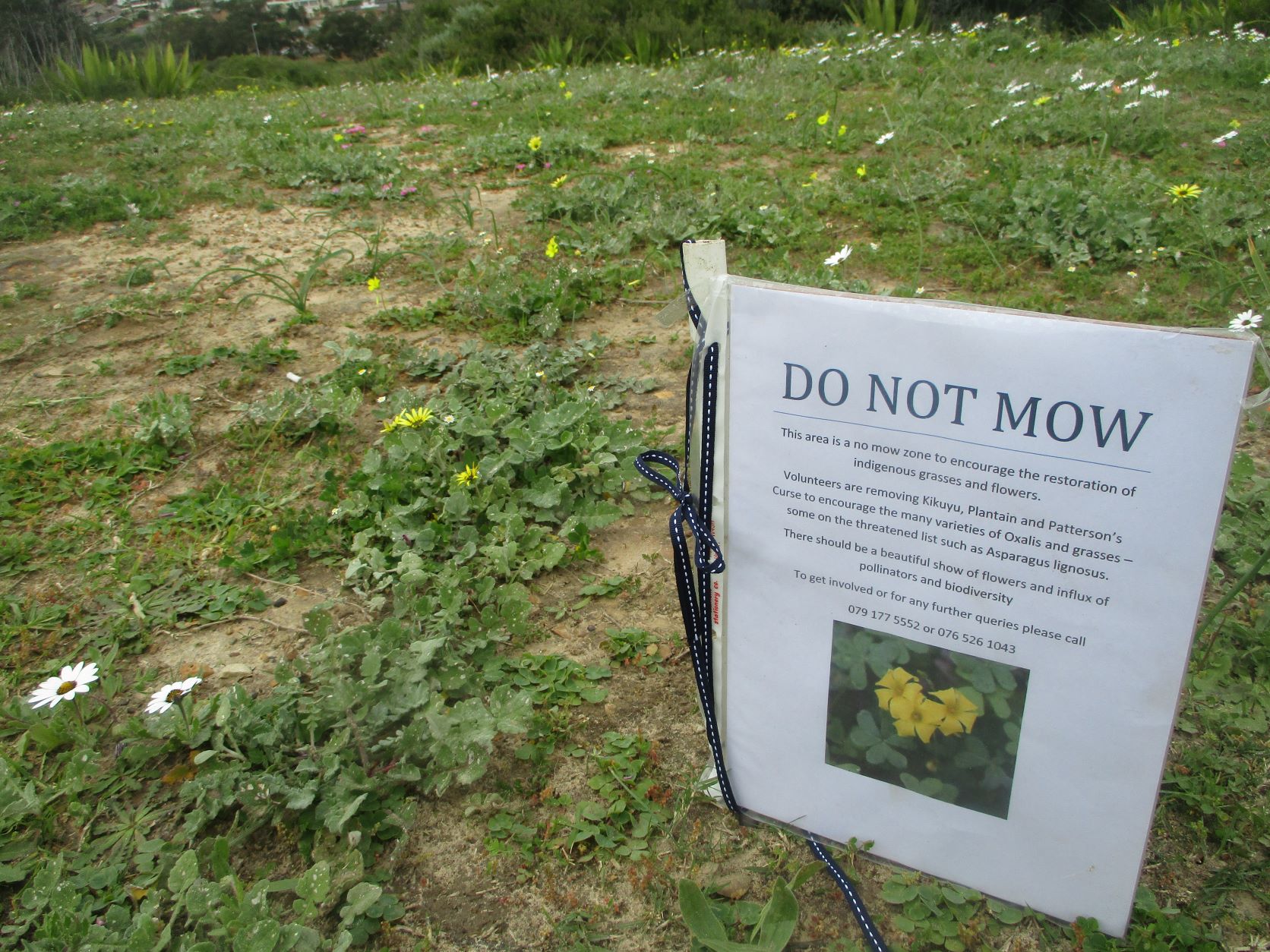 Informing the city mowers and educating others is essential

What equipment is essential ?

Some activists started a stepping stone garden at the Frikkie Knoetze Arboretum recently. You can see the arboretum's iNaturalist records here. At first, wooden pegs, painted white for visibility, were used to peg out an area which had a high count of native flowering plants. Weeding began. Unfortunately a few days later all the pegs were gone. I suspect they were stolen to use as firewood. Hearing of this sad event I cut up some white plastic electrical conduit piping and with another community member we reinstalled the pegs hoping they would be left in place this time. The other person I was helping made a notice urging the city not to mow this area. Our city has finally come round and agrees to obey such requests from the citizenry.

Wherever you are in the world, you will have different battles to fight and I wish you strength. Don't give up. Nature needs you.

Wherever you live, whether in urban or rural areas, you can work to maintain local biodiversity. It is a necessary and meaningful task. Worldwide, insect populations are crashing due to the loss of habitat and the use of pesticides. Insects are mostly are dependent on a few native plants and will die without them, and thus the preservation of native plant diversity which is the goal of stepping stone gardens also supports the maintenance of insect diversity.

I have seen three kinds of urban biodiversity strategies thus far. Firstly creating nature reserves, no go areas from which people are kept out. Obviously in urban areas this has limited use for people. Then one can mark out and protect small pockets, preventing mowing, which has been poorly timed in our city and led to the disappearance of seed propagated native plants. Cautious replanting can then occur after the area has had time to recover from mowing. The third strategy I've seen used most often in old urban areas is practiced by Communitree. You take areas in which native vegetation has been destroyed and replant with a succession over three years, of ground covers, herbs and climax shrubs.

I am experimenting with a fourth strategy that integrates wildlife with human needs. I call it 'selective mowing' and will describe it at a later stage, because it is still in its experimental stages. 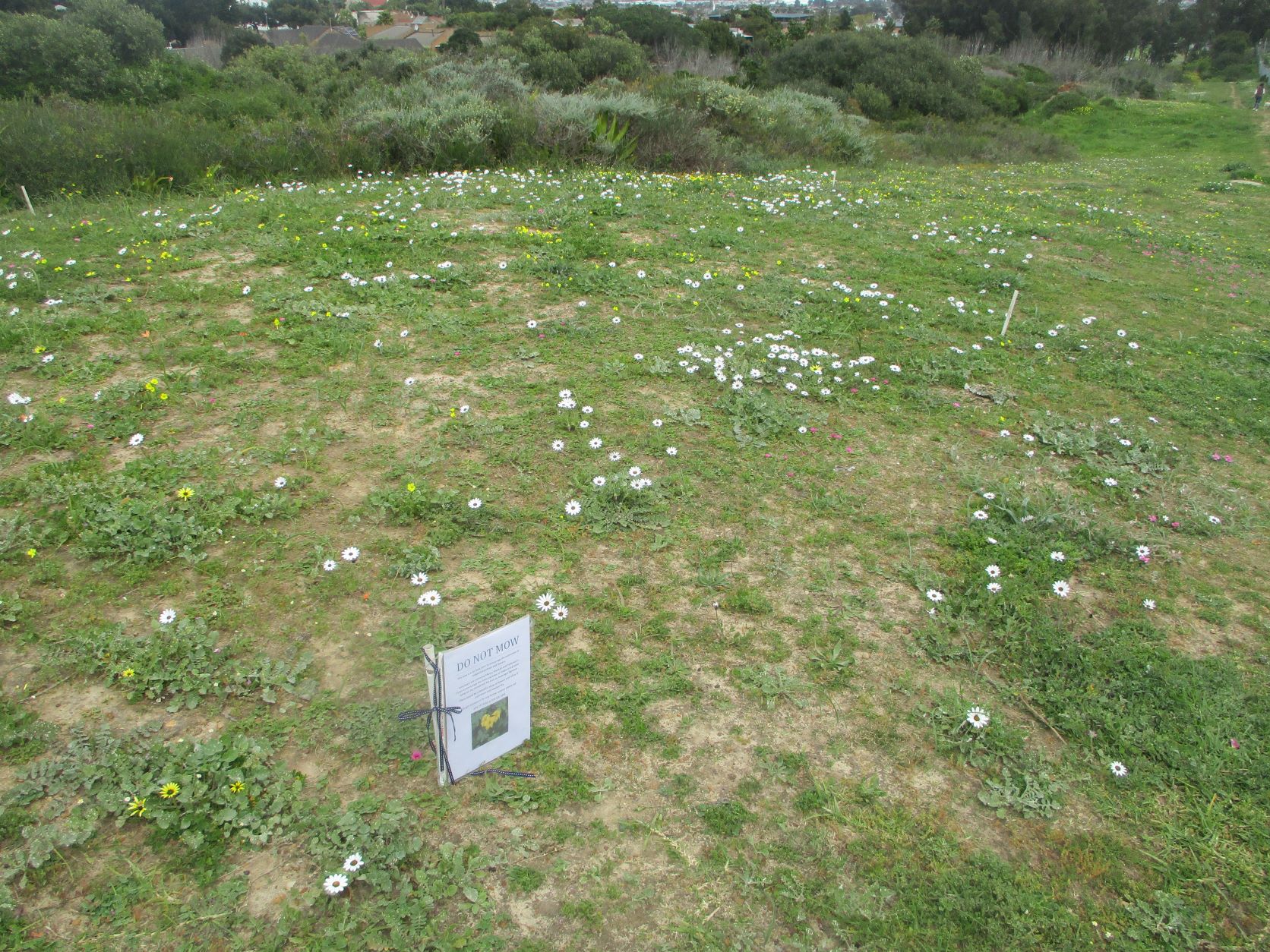 For each area of the world different rehabilitation strategies will apply and as this is a new trend, it may be necessary to do a bit of research, and most importantly to connect with others in your region.

Other movements around the world which have the same aim, but use different strategies can also be sources of information on how to do this, such as the Naturgarten movement in the German speaking areas of Europe, the wildlife garden movement in England and the prairie garden movement in North America. Even permaculture can offer some wisdom.

However it is in the stepping stone gardens movement in Cape Town in which I have discovered strategies least likely to do harm and most appropriate to our region.

This is probably because we are situated in a plant diversity hotspot in the Fynbos biome of the Cape Floral Kingdom. For us local really means local, not more than 10km or 3 miles distant. There is so much genetic diversity that going to a nursery and buying plants to plant in a stepping stone garden could potentially do damage to this diversity. It could lead to the creation and domination of hybrids that insects cannot utilize for food, which have been nicknamed “Frankenstein-plants”. This would cause the loss of dependent insects. Nurseries do not necessarily have a biodiversity agenda on the level needed for maintaining the fine grained plant diversity needed for insect diversity.

I think my main message is, just do it, but do not rush. Be humble before the complexity of wild systems. Do not attempt to subdue them to human values like neatness. Do not think that self labelling as an eco friendly person is enough to entitle one to executive decisions that impact wild systems. We humans are so bad at managing the collateral damage. Observe and listen. Only act when you've mastered that. Liase, collaborate, learn from others, research a lot, increase your knowledge base and experiment with caution.

Your second block of text...