Snails move on one foot ! 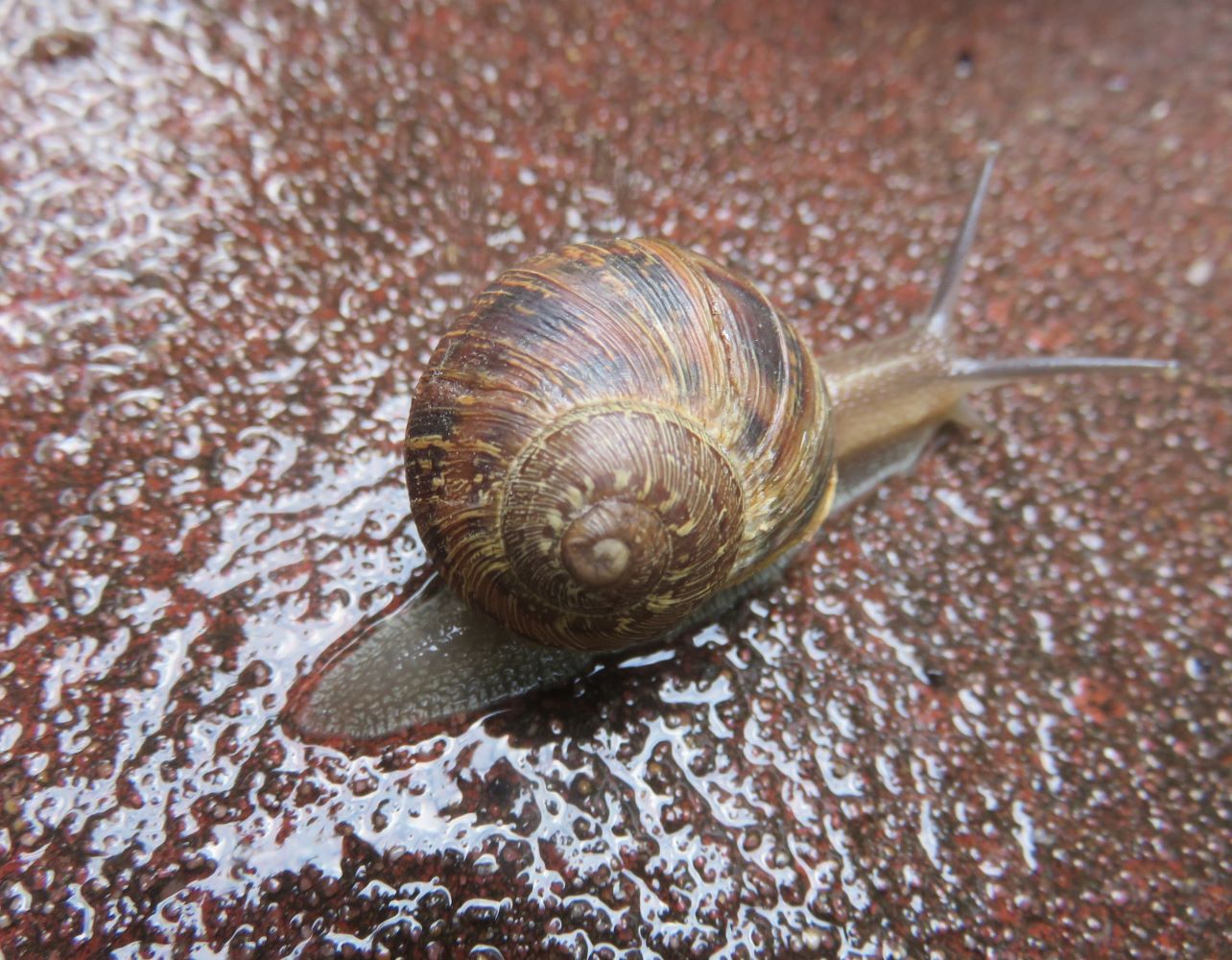 Snails move by rippling the muscles in their soft foot in a wave like motion.

Snails moved out of the ocean ten times

Snails and slugs are molluscs. The molluscs are very diverse with about 85 thousand species, of which the number of undescribed species is very high. On land they are the second largest phyllum (group) of animals after the Arthropods (all animals with jointed legs like insects, spiders, millipedes and springtails). In the sea molluscs are the largest group and include highly intelligent animals like the octopus. The Gastropods, or snails and slugs are by far the largest group (about 80%) of molluscs.

Gastropod means 'stomach foot'. The animals have only one large soft foot, which runs along under the belly. A snail is generally the word applied to gastropods with shells.

Snails first evolved in the ocean, and then moved onto land. This did not happen just once. There were at least ten independent evolutionary transitions from marine to land snails.

Snails have not become fully terrestrial, being very dependent on water, and prone to drying out, but yet they have multiplied and diversified very successfully on land. Though their bodies are moist, and they continuously shed water as they move, they can also survive dry periods in a dormant state. Land snails have preserved some of the characteristics of aquatic creatures, so that some are amphibians and can live both in and out of water, and some have lungs while others breathe through gills.

Most garden snails belong to the pulmonate group of Gastropods, meaning they have lungs, or breathe air. The other snails found on land mostly belong to the Caenogastropoda group with gills and an operculum (door). They breath or take in oxygen via exchange with water and live in much damper habitats. 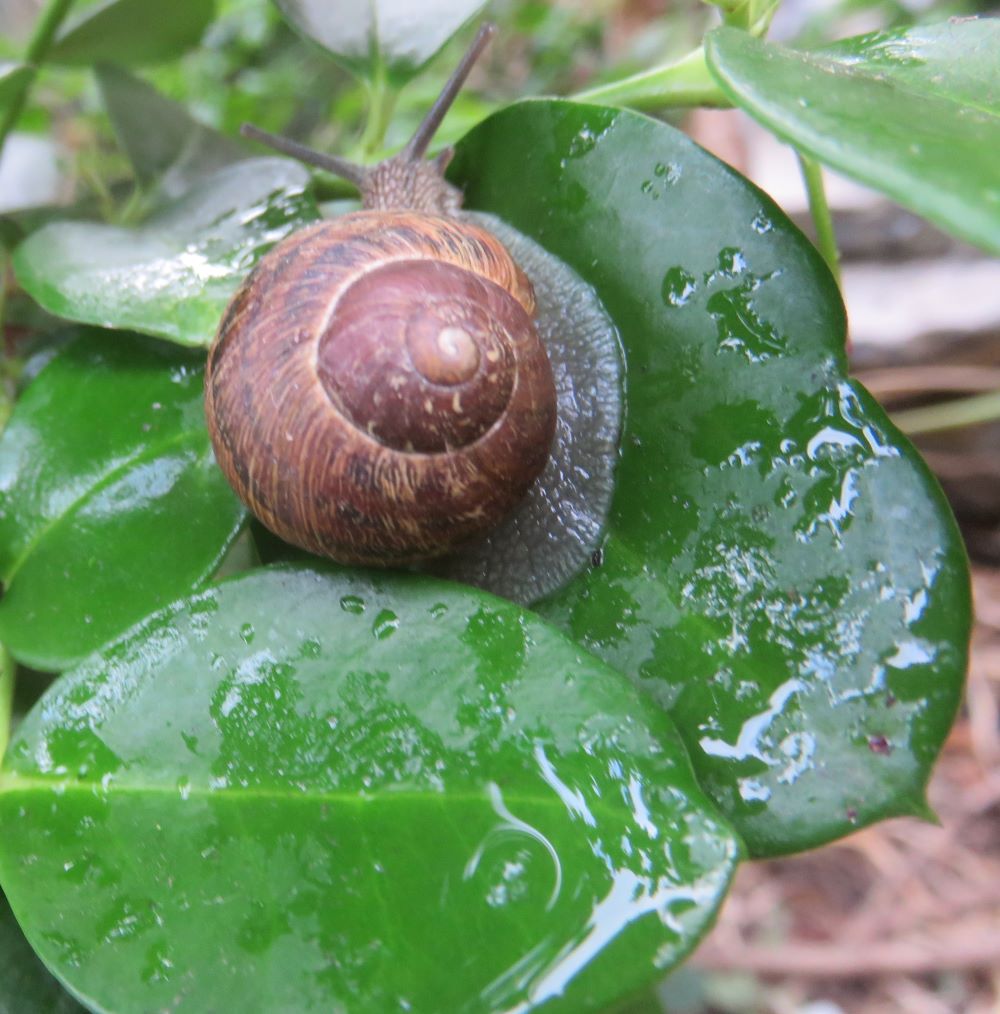 Under the cover of darkness, or rain, snails move around looking for food and mates

Snails propel themselves forward by contracting the muscles of their sucker-like single foot in a waves. You can see this motion if you put them on a piece of glass. It is not a very efficient way of moving and their speed is proverbially slow, averaging at less than a mm per second depending on the species. The foot is covered with small hair like structures called epithelial cilia and exudes mucus to smooth the journey over rough surfaces, reducing friction and the risk of injury as well as helping their bodies not to dry out. The mucus enables them to crawl over the edge of a razor blade without being injured. 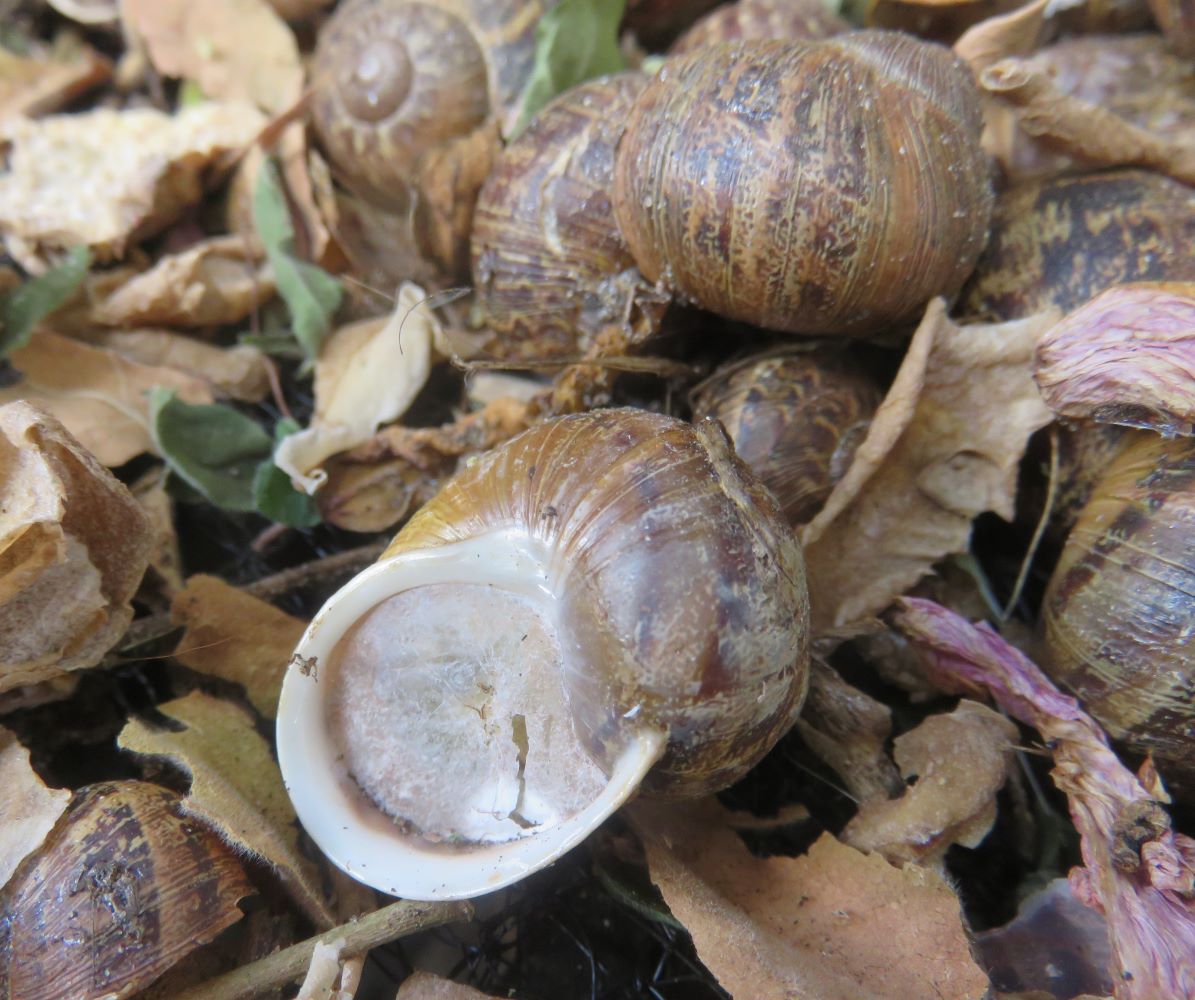 When the snails is in suspended animation, a skin of dried mucus, the epiphragm, protects them from desiccation. Aquatic snails have a hard door called an operculum.

They may have a shell to retreat into, but when snails venture out of the shell, their moist slimy skin is vulnerable to desiccation. This may be why they are nocturnal feeders, or only appear during the day after rain. They shelter in dark places under rotting wood and leaves, in crevices in walls, as well as under artificial materials, and often climb plants to shelter under living leaves. If they have a choice, they seem to prefer smooth surfaces like plastic, ceramics and the leaves of large succulents. They retreat into their shells when the weather gets hostile, hibernating during cold winters, and living off their stored fat, or estivating during very dry hot summers. Snails protect themselves from desiccation by sealing the entrance to their shell with a parchment like dried crust of mucus called an epiphragm and then go into suspended animation where they can survive without water for months. 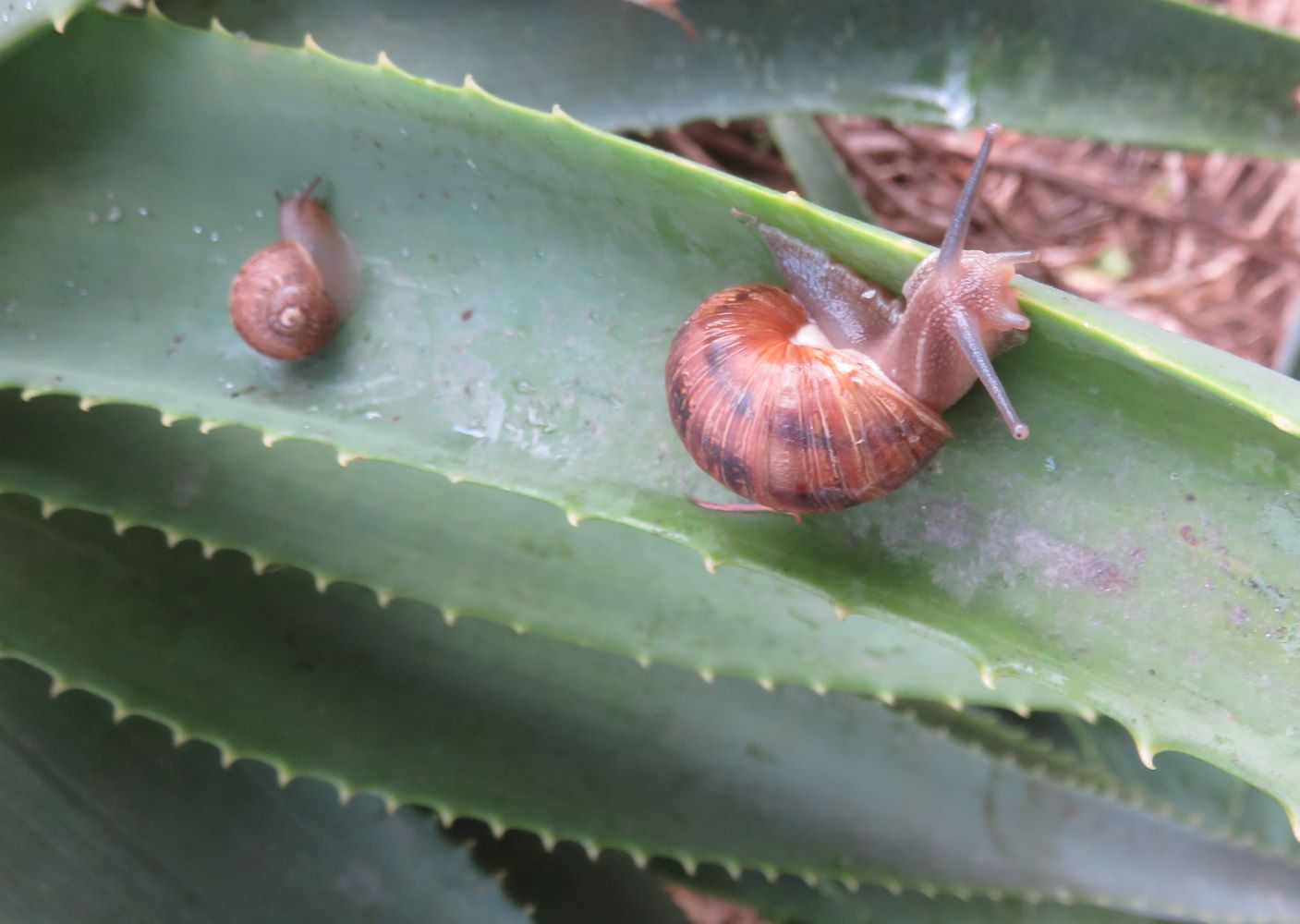 Snails move by preference on smooth surfaces, like waxy leaves and plastic.

home page for links to all my articles on natural, wildlife friendly, regenerative gardening

The story of snails 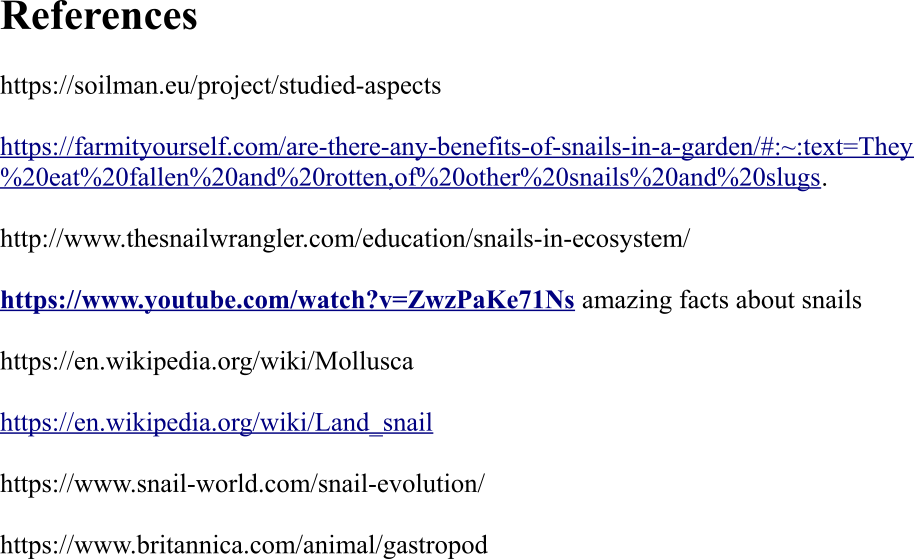