The creation of a snail shell 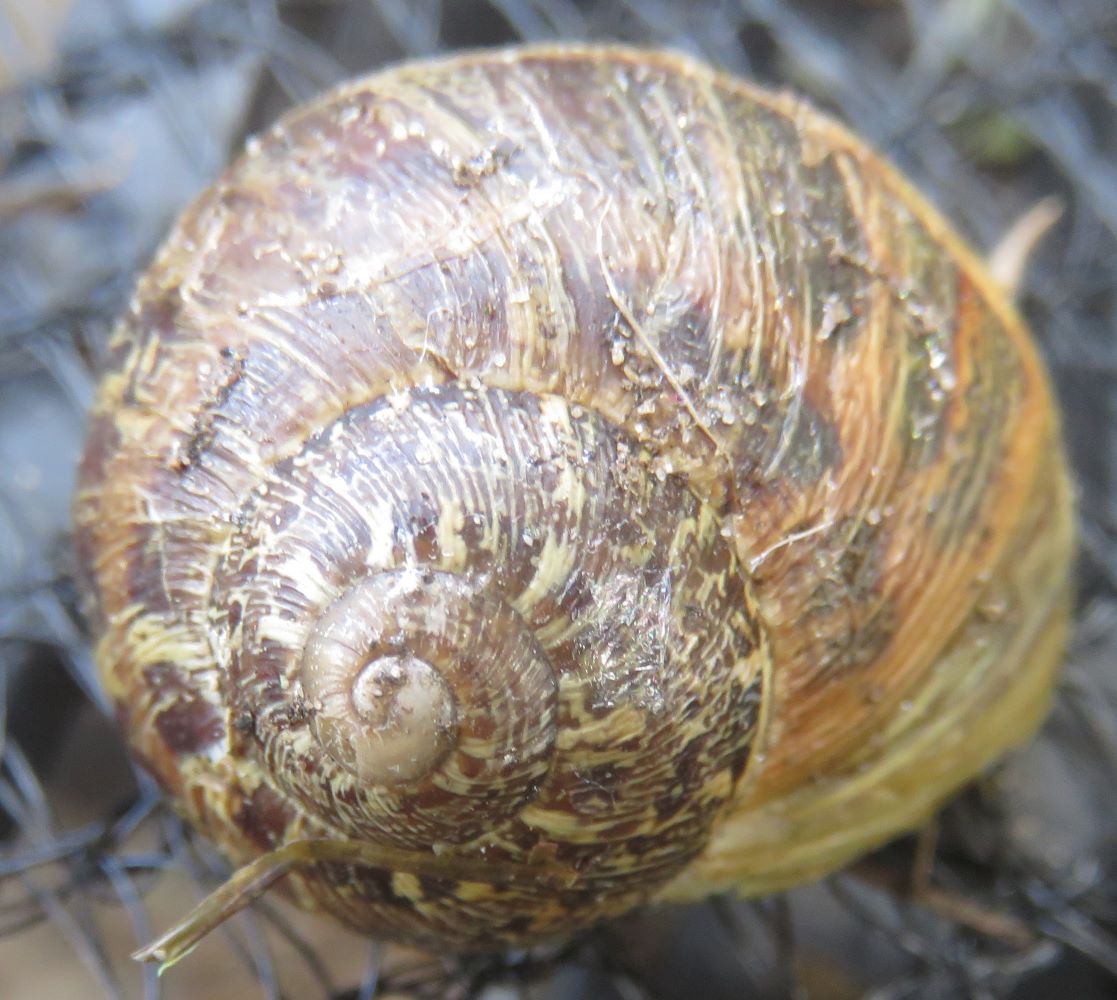 We humans treasure the accretions of Calcium formed by large snails, and the bigger sea shells can sell for 100 dollars or more. Sea snails can get very large, the largest, Syrinx aruanus being up to 91cm. Even land snails vary enormously in size. The largest land snail is the tropical Giant African snail or Ghana Tiger Snail Achatina achatina which is up to 30cm. The largest snails of temperate Eurasia are Helix buchi and Helix goderdziana from the Black Sea area, and they may exceed 6cm.

The snail must carry its home everywhere it goes. This could be exhausting, and the life span of most snails is one year in duration, but some of the largest species, such as the Roman snail Helix pomatia, may reach 10 years in the wild and up to 25 years in captivity. 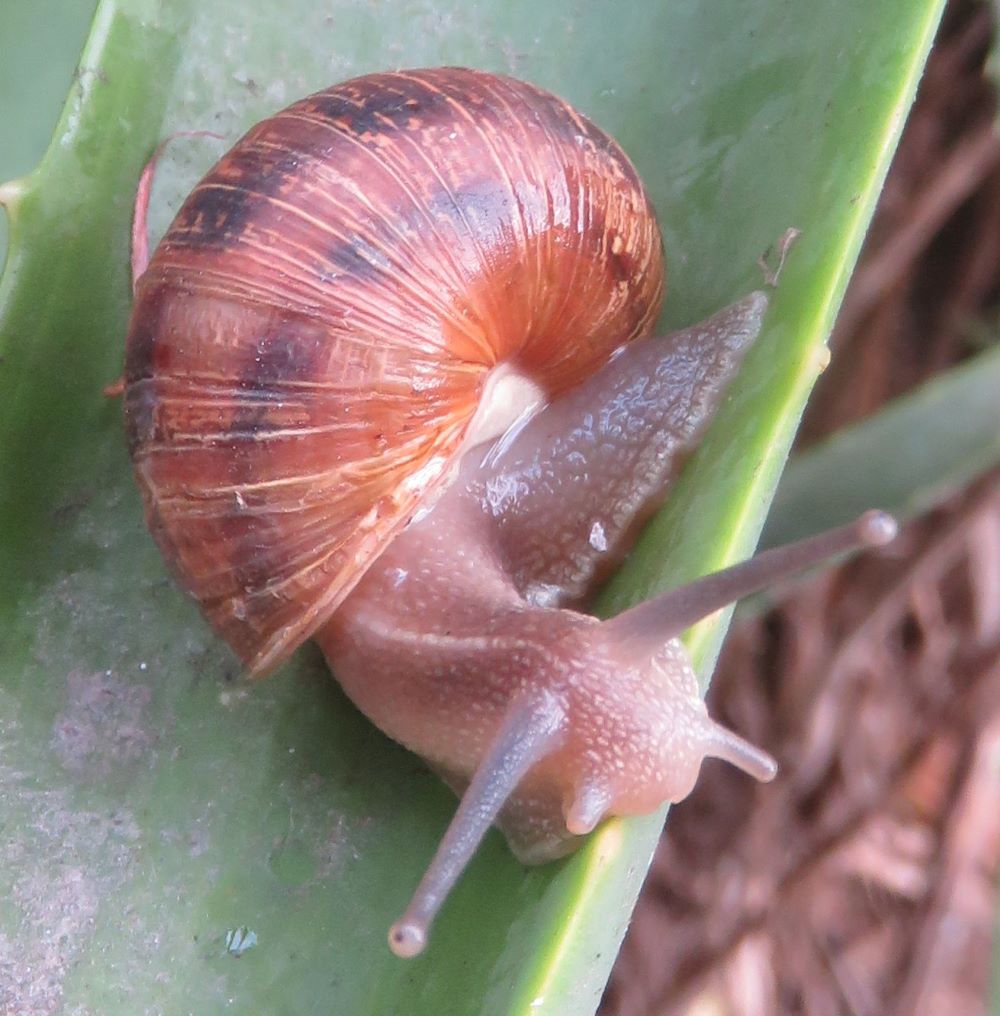 The snail shell is fused to the mantle which secretes new shell as it grows.

The forming and growth of the snail shell

Molluscs have a mantle, or thick tissue that covers the internal organs. In the case of snails the mantle is attached to the shell. Glands located in the mantle secrete Calcium carbonate along the margins of the shell, on the open edge of the mouth. This drives shell growth, creating an ever larger shell mouth to accommodate the snail's increasing size. The mantle also coats the inner side with aragonite, which adds strength, reduces friction and helps in shell repair. However, as can be imagined, repair has its limits, takes time, and too much damage is lethal. 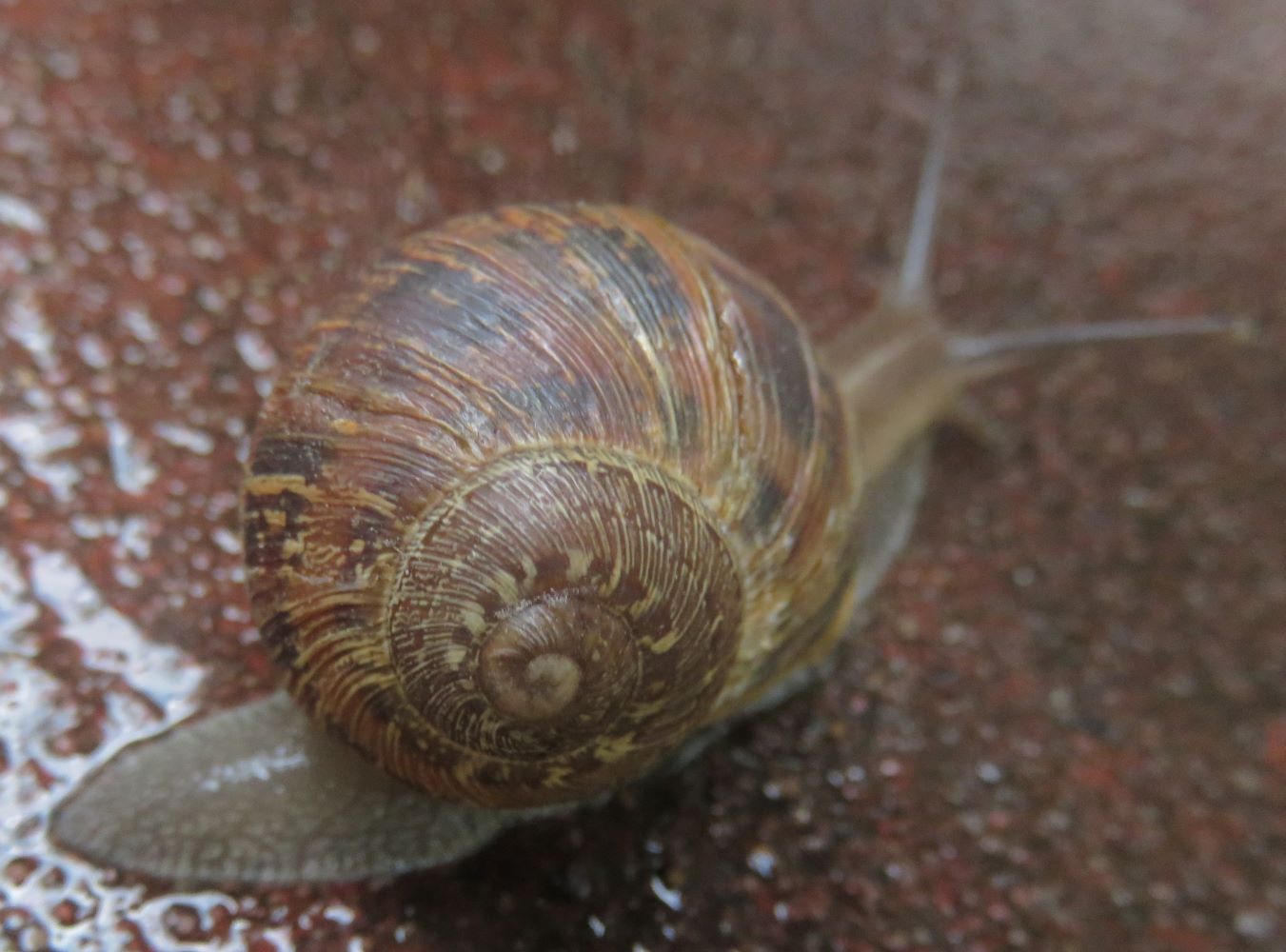 The rich living shell color lies in the periostracum which dies when the snail dies.

The make-up of the snail shell

What is the snail's shell made of ? Some land snails form their shells mainly from a protein called conchiolin, but the most use a large part of dietary calcium. Low soil pH or calcium deficiency can weaken the snail's shell so that it cracks or has holes in it. This explains why 'my' snails can be found crawling up the wall when it rains and chewing off the house paint.

In geology, Aragonite is formed deep in the earth under enormous temperatures and pressure, and is unstable at the earth's surface where it quickly returns to Calcium Carbonate. It is not known how shellfish accomplish the formation and maintenance of stable aragonite.

The chemical mechanisms of shell formation are also not fully understood. The outer protein layer provides the matrix on which the calcium can be laid down. Scientists believe that different proteins secreted in the mantle guide the binding of calcium ions to form either Calcium Carbonate or Aragonite, and many shells are constructed of both.

The protein in the shell of sea snails also prevents the shell from dissolving. This protein layer decays when the animal dies, exposing the white calcium based shell beneath.

Snails grow to all sizes without detaching from the shell. Color variations show differences in diet, genetics and weathering.

Shell colors are mostly due to pigments in the prismatic layer or protein layer. Most are regularly deposited, forming radial stripes or spirals of color, or spots. It is thought the coloring may work as camouflage. It is also proposed that they may work as a signal to the snail guiding further cell growth. However some colors appear to have no purpose, existing in the dark of the ocean, or the shell interior.

Snails hatch from the egg with a tiny shell, which grows spirally as the soft body mass of the snail and its mantle increase in size. This is why the spiral at the center of the shell is smaller, as it was made when the snail was younger and smaller. Most land snail's shells have a right hand spiral, or one spiraling outwards clockwise when looking from the top. The increase in size forms a logarithmic spiral. At full adulthood a thick rim may be added to the edge of the shell mouth, the snail stops growing and goes looking for a mate.

The home page with links to hundreds of my articles on natural, regenerative, organic, indigenous, permaculture and wildlife gardening

The story of garden snails and what to do about them, linking to the other articles on the strange and interesting aspects of snails 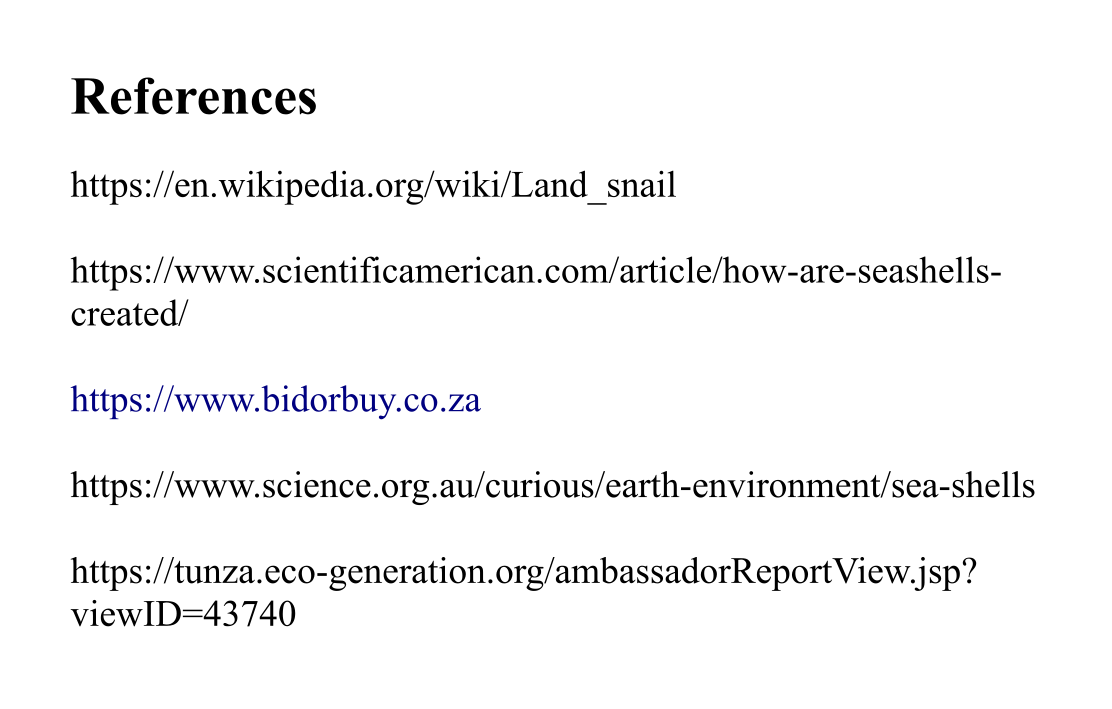