Snail mating behavior and the sensory life of snails 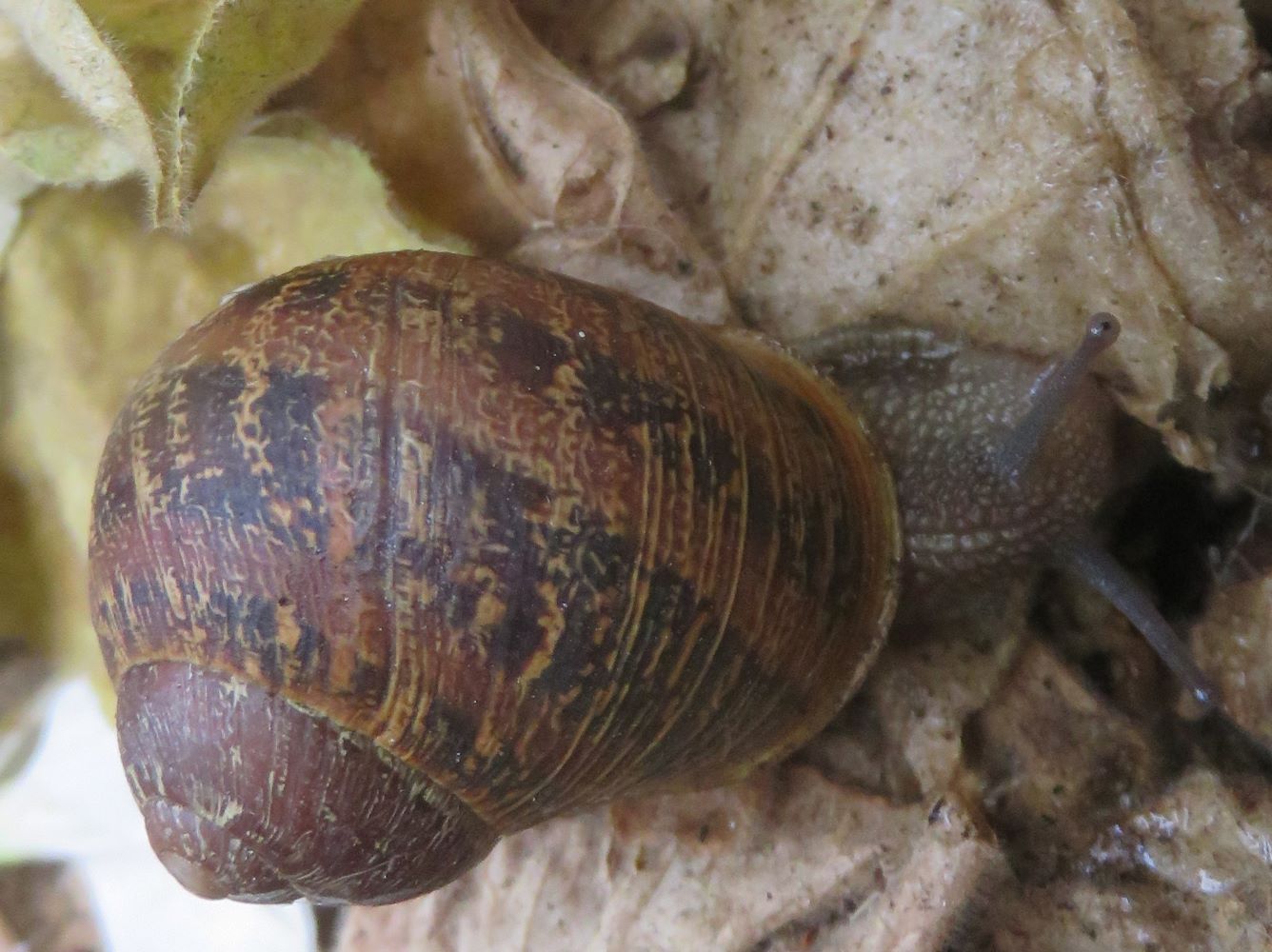 Here's looking at you !

The snail senses and brain

Snail mating behavior and their hermaphrodite gender is known to many. But it may come as a surprise to find out that snails are capable of learning. The snail's primitive brain is much simpler than the brains of mammals, reptiles and birds. It is formed from associations of neurons into a type of bundle or node with a lot of cross connections called a ganglion. There are four of these cerebral ganglia in snails, and they enable associative learning. That means they can learn to connect two unrelated events, which in humans and other animals forms the basis for behavioral training.

Sensory input comes through the tentacles and body. The longer upper pair of tentacles bears eyes on stalks, which can really only see shadows, and the lower shorter stalks bear olfactory organs, so they have senses given by having eyes and a nose, but they do not have ears. The body and tentacles are extremely sensitive to touch and react by retracting, sometimes right back into the shell, for protection. 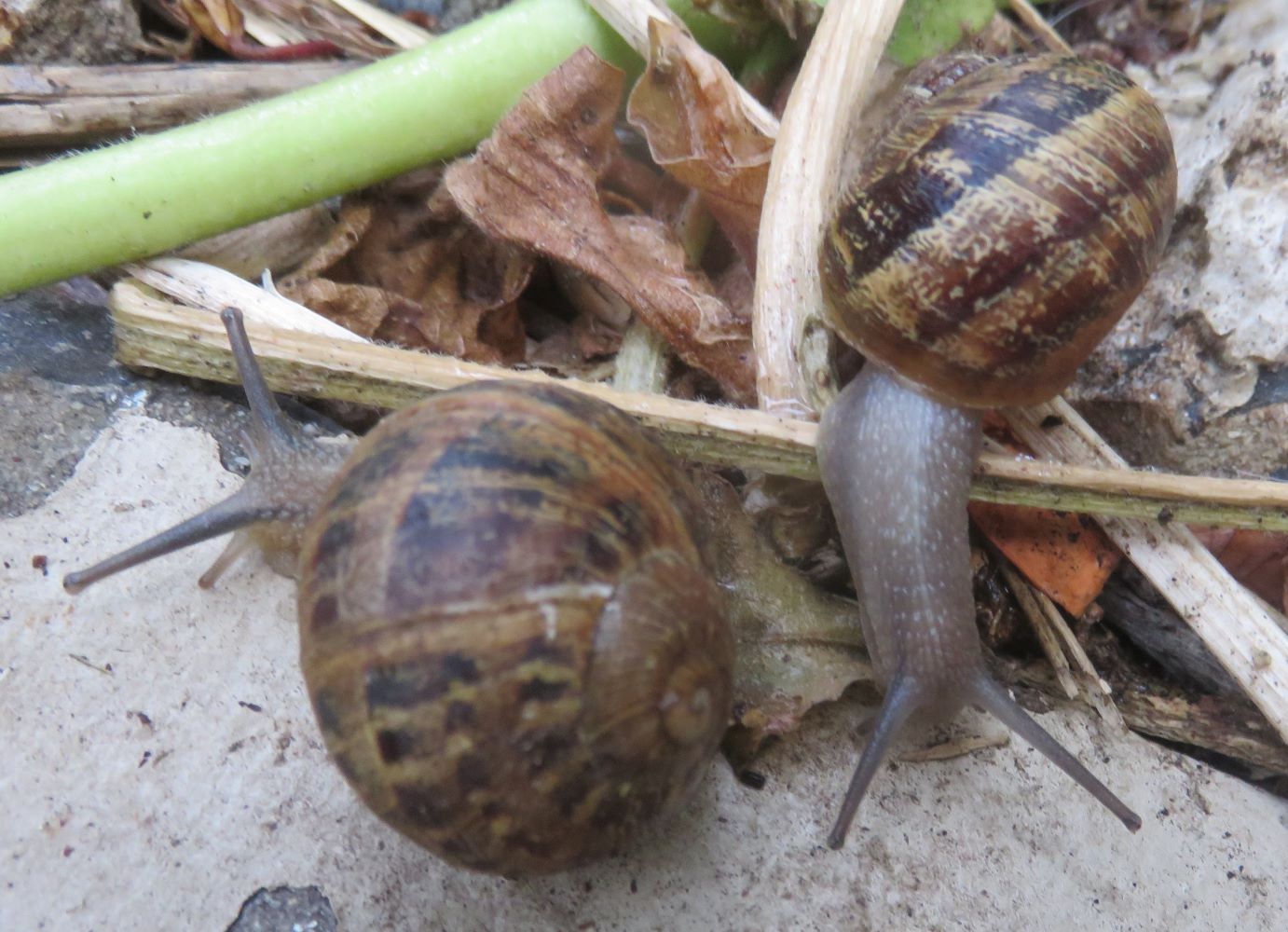 Knowing snail mating behavior, any two nails can, but are all things equal ?

While many of the water snails are dioecious, and are either male or female, the lunged or pulmonate snails are hermaphrodites and possess fully developed organs of both sexes. Some land snails such as the Pomatidae have different sexes, and belong to a different group, more close to the water snails. Sexual maturity can be reached at the age of 6 weeks to 5 years, depending on the species.

The hermaphrodite pulmonate snails are prolific breeders, after all, their chances of finding a mate are doubled. The results of a successful mating may be double that again, as some snails inseminate each other during mating and both snails will lay eggs afterwards. But don't make the mistake of thinking these easier interchanges are bereft of romance. Snail courtship can last from 2 to 12 hours before mating. In some families love darts may be fired into the body of the amorous partner. Helix aspersa, our common garden snail at the Cape, shoots love darts. The snails may lie together for up to two hours after mating with their feet glued to each other. 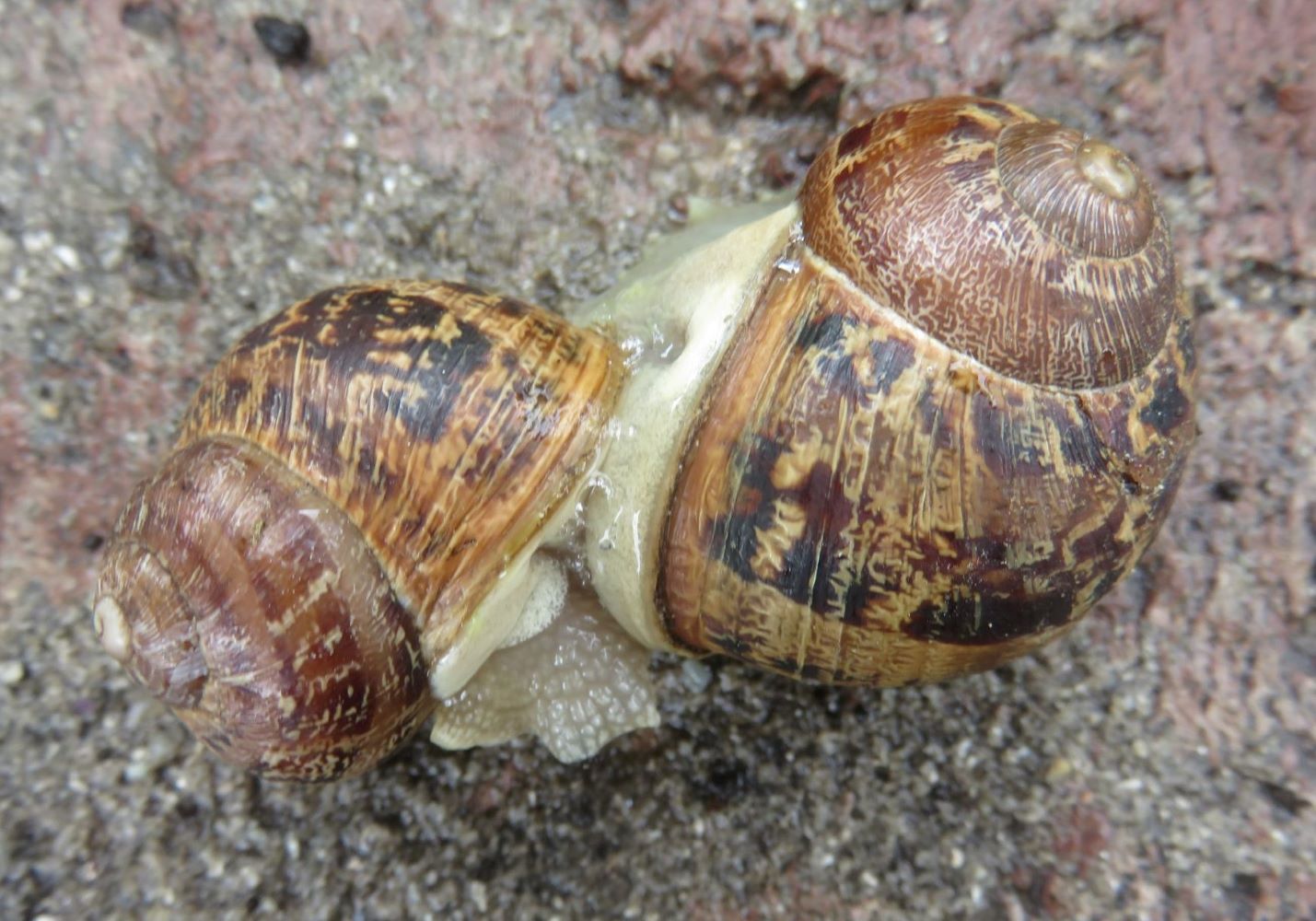 Once again, when learning about snail mating behavior, we should not make the assumption that this love between like creatures is either equal or kind. While the snails may start out the same, the exchange of sperm may shift gender expression. Thus one snail may pay a higher price for love as in the human world. In Lymnaea stagnalis, a species of hermaphrodites in which mating is not reciprocal, one snail gives sperm and experiences reproductive success and increased vigor, while the sperm recipient who receives may experience injury, and be feminized for life, especially in virgin snails. This feminization reduces the snail's sperm production, its growth, and the ability to digest donor sperm, forcing it to keep the sperm alive in its body, as well as undergoing the added physiological burden of egg laying. 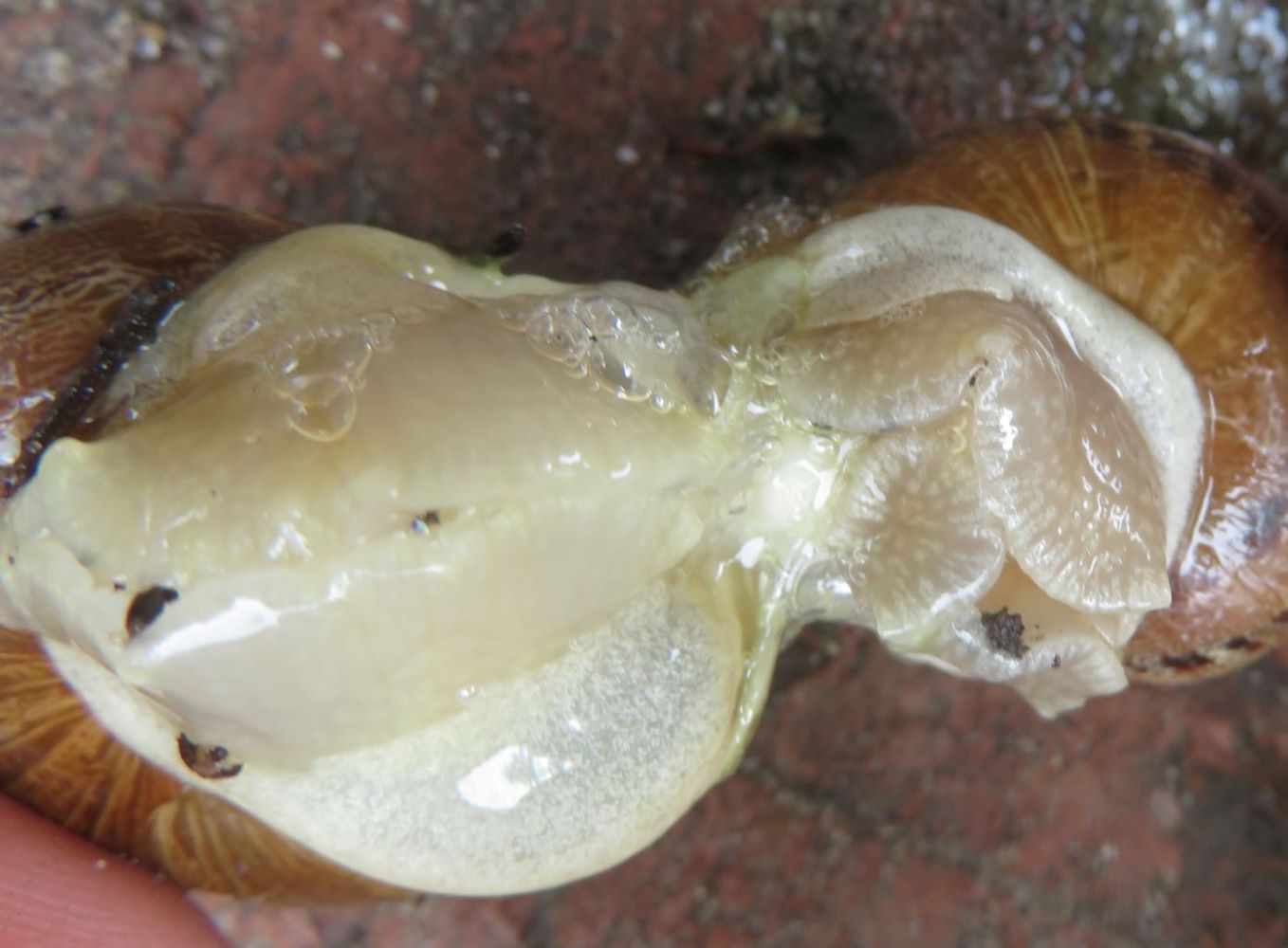 The white penis can just be seen. If pulled further apart, but that seemed rude, one may see two organs, lying parallel, one from each snail.

An evolutionary spurt engendered by snail mating behavior may be underway

Helix aspersa mating is simultaneous, meaning each snail everts or puts out a vagina and a penis. The sex organs are right next to each other and come out from openings next to the head of the snail. If you were to pull the snails apart, you would see the two male organs, slimy white tubes, next to each other. However Helix aspersa or garden snail mating behavior is of interest to scientists because of the love darts of this species. The snail with the best love dart has the greatest possibility of reproductive success. The love darts introduce allohormones which suppress sperm digestion in the partner. Without the allohormone the sperm is rapidly absorbed and energizes the receiving snail. There may be an arms race underway in the evolution of the species and gender expression, which in Gastropods is already very diverse, because it is beneficial to each of the snail partners in an encounter to have a more male role as sperm donor, rather than egg layer. 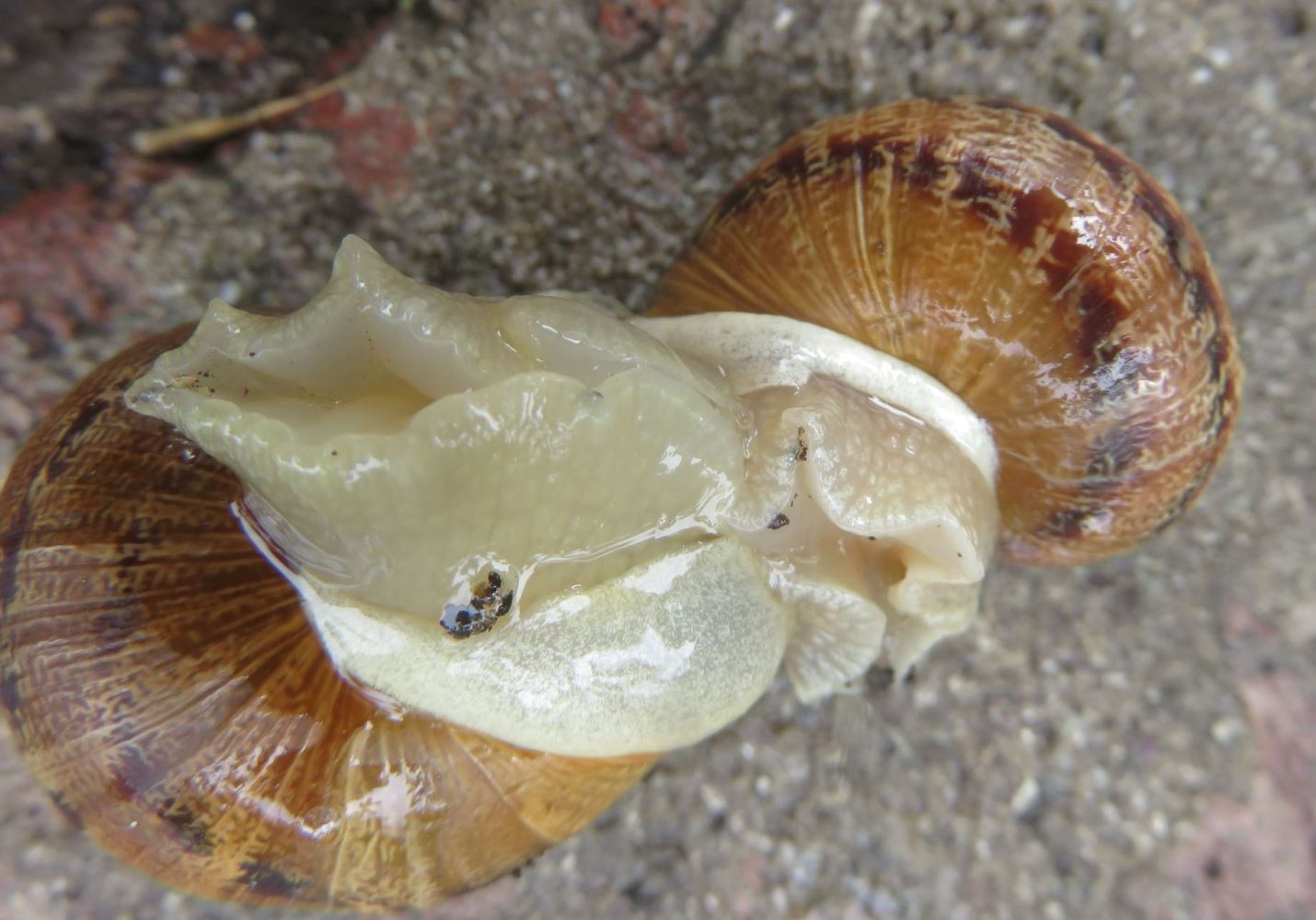 Whether its fair and equal or not, snails seem to abandon themselves to this experience, and take their time, remaining entwined, even after sex, for up to two hours.

As we have seen, there are some surprises in snail mating behavior, and probably in the complex internal sex organs too. The structure of those organs in the snail's body, through which the various fluids and the eggs pass, is rather complicated, containing, in Helix aspersa, at least thirteen parts with Latin names.  It appears many of the ducts have a dual function, transmitting both male and female gametes, as they have names like 'spermoviduct' or 'hermaphroditic duct'. But these organ's functions is not well explained, probably because snail mating behavior and biology is so diverse, so that one struggles to find all the details on the common garden snail, even though it is a research subject. One reason is because scientific descriptions in research articles are so patchy, delving deep into dart poisons in one species, and into gender dominance in another species, and into the actual act of mating in yet another. It is hard to avoid making assumptions which may be quite inaccurate about any one species and its mating behavior or internal workings. To make it worse, snail reproduction on the whole is another area in biology with not much research cover, and therefore little popular understanding. You will not find a nice school biology textbook description that does any justice to the complexity of snail mating behavior and gender expression.

Whoever in the partnership ends up with this duty, garden snails lay up to 100 eggs at a time, buried about 5-10 cm deep in topsoil, in a hole dug with their foot. They may lay eggs as often as once a month. The young snails emerge after 2-4 weeks in favorable conditions. 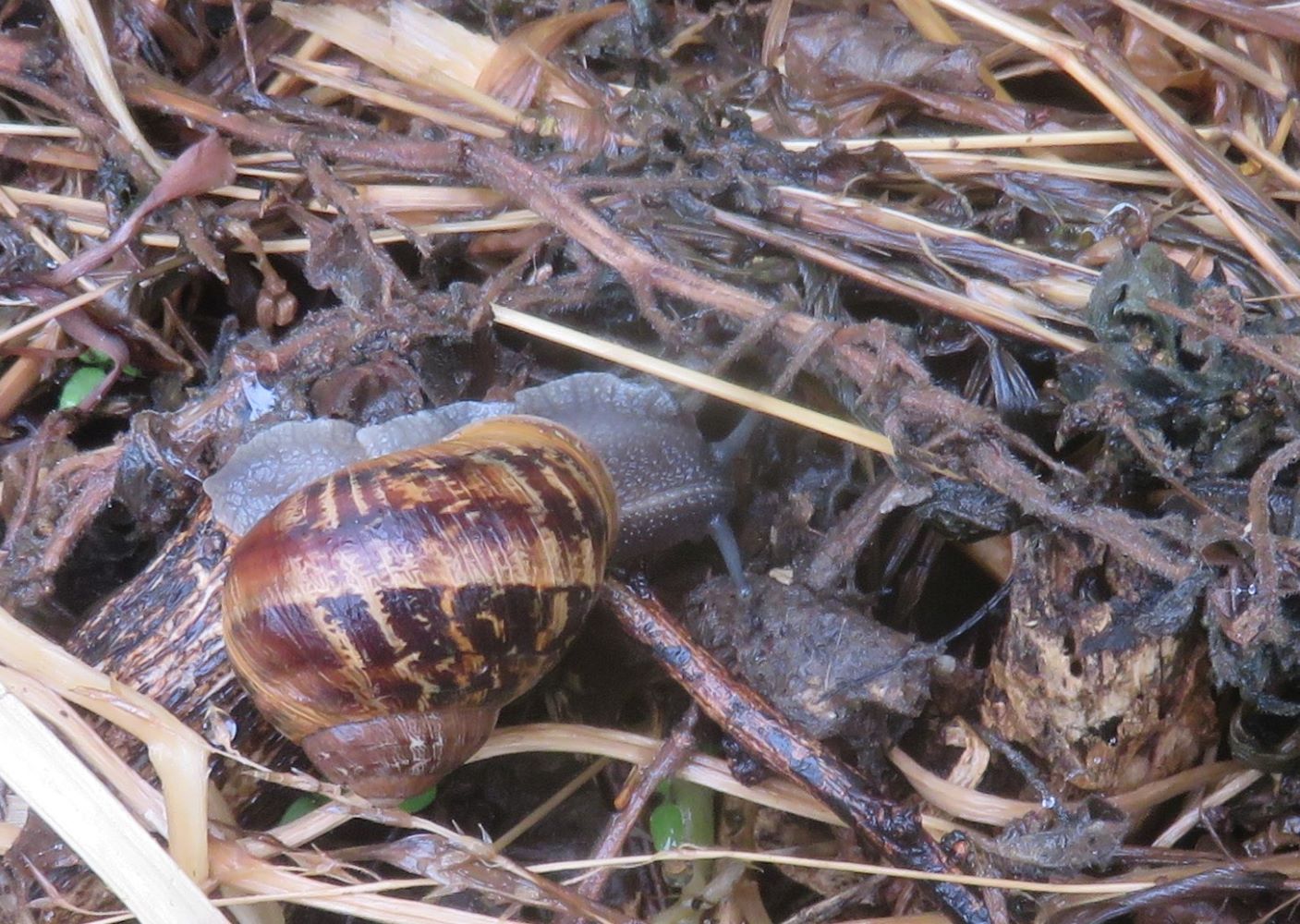 Surrounded by a smorgasbord of decay, a snail doing what it loves the most, slurping up microbial sludge with its raspy tongue.

In the mouth of the snail is a rasp like structure called a radula with 14000 tiny microscopic chitin teeth. The snail scrapes its food up with the radula and it is passed down the gut to be digested.

Snails eat algae and lichen scraped off rocks, fungi, and wall paint with high calcium content. In the crop of the snail are symbiotic cellulose digesting bacteria, helping snails to digest cardboard and plant fiber. The garden snail has a mostly detritivore diet. It spends a majority of its time cleaning up rotting vegetation, and sometimes even eats soil, but it is also a herbivore. Herbivorous snails consume leaves, stems, soft bark, fruit, vegetables, and carnivorous snails, such as the Powelliphanta may eat other snails. Supporting your indigenous carnivorous snails contributes to controlling snail populations. Learn to recognize the carnivores so that you don't harm them by reading my page on our local native hunting snails.

home page for links to all my other articles on natural, native, organic, permacultural and regenerative gardening ideas and practice. 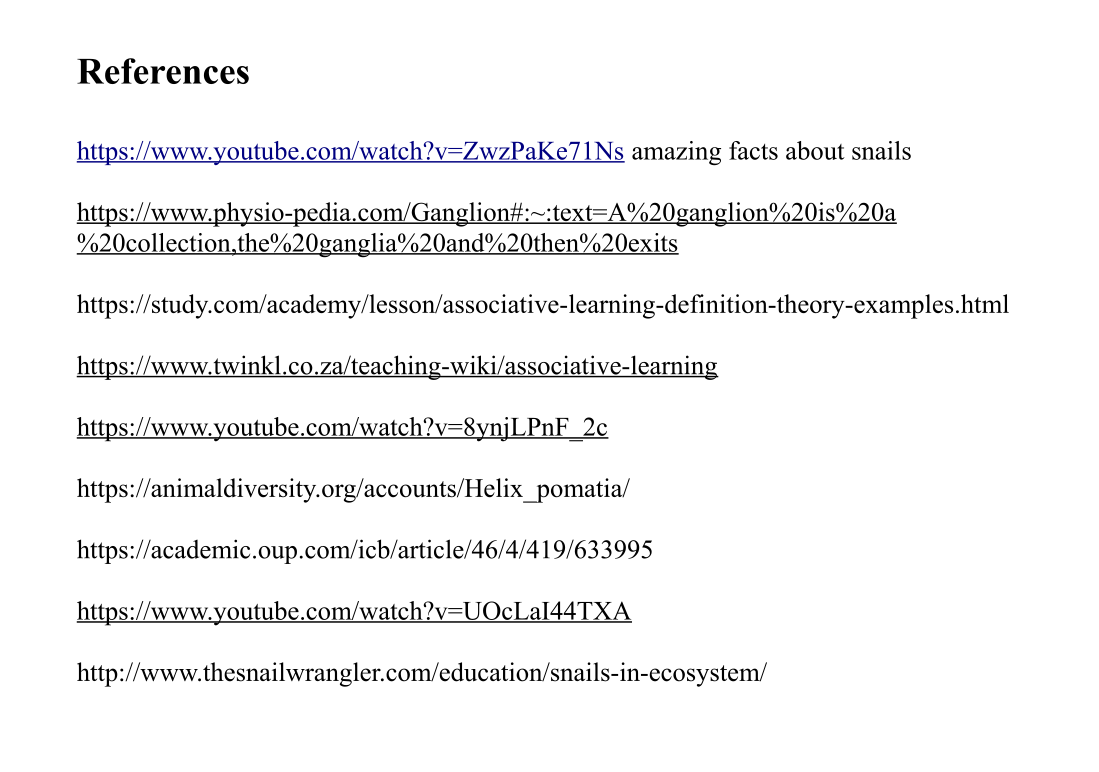